The two are standing trial in conspiracy and forgery. Both are accused of conspiring among themselves to procure Gambian diplomatic passport.

Sowe testified for the second time in this criminal trial as the fourth prosecution witness.

Sowe said Sanneg was Protocol Assistant at the Protocol Directorate at the Ministry of Foreign Affiars.

He said he was called by Ebrima J. Sanneh, the 2nd accused person, informing him about an incident that he was involved. Sowe said Sanneh was seeking an advice in how to go about a “mistake” he did.

“He (Ebrima J. Sanneh) said Mr. Mansa Sumareh lured him into creating an approval in favour of somebody else,” Sowe said.

Sowe testified that he couldn’t recall the name of the person that Sanneh mentioned to him during their conversation vie telephone call.

Witness Sowe testified that Sanneh informed him that he did the processing of the passport, but during the process of enrolment of the diplomatic passport, the approval was stopped because there was no dispatch stamp.  Sowe define a dispatch stamp as a thing that is affix on every correspondence dispatch from the records office of an institution.

On cross-examination, Sowe admitted that during the course of the investigation he gave both cautionary and voluntary statements.

The case was adjourned to Wednesday this week at 1 p.m. 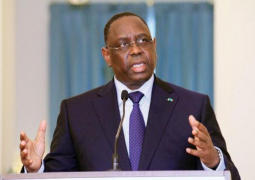