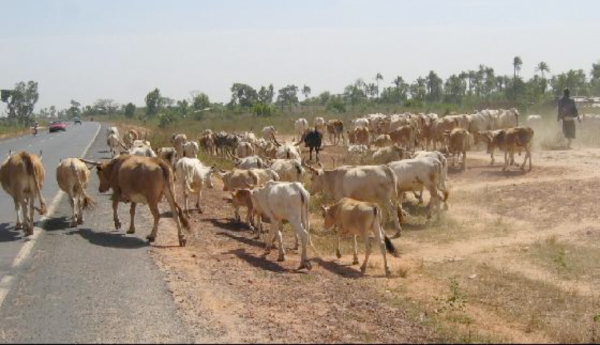 This rural settlement has approximately three thousand cattle. It has only one small-tank borehole for all the livestock including goats, sheep, and cattle which the residents described as insufficient for them.

Every dry season the higher percentage of the village’s cattle and sheep have to be taken to Nianija, Niani and Sami districts in search of water and feedings due to lack of sufficient water at the village.

Speaking to The Point exclusively at Sare Gubu village recently, Alhagie Sura Bah, village head described the inadequate water supply for their livestock as one of the most horrible challenges for cattle owners in the village.

He said the cattle owners cannot retain cattle in the village in the dry season due to lack of water. On this note, he said all cattle owners have become nomad at other parts of the country where they can get sufficient water easily.

“Most of our farmlands are infertile now because the cattle hardly stay in the community. If water was available we would have allowed the cattle to stay so that we have enough green manure on the farmlands,” he lamented.

He opined that to mitigate the challenge for the cattle owners there is an urgent need for government to provide them with a proper water-borne pipe to ensure sufficient water for the livestock.

Mamadou Alhagie Sura Bah, a cattle owner noted that the River Gambia at Sandu District could have been the best source of water for the livestock. However, he said, the cattle cannot access the river due to a lack of cattle tracks between the village and the river.

“Whenever we want to take our cattle to the river, rice farmers would stop us, and return the cattle to the village. Sometimes our cattle will stay for two days without drinking water,” he noted.

He decried that the borehole available for the cattle in the community is not sufficient for their sheep and goats much more their thousands of cattle.

Bah claimed that for the past five decades, the cattle farmers of Sare Gubu have been nomadic at Central River Region north (CRR/n) communities in search of sufficient water which he said is due to insufficient water in the community.

The cattle farmer then called on government to work hand in hand with local authorities to provide them with cattle tracks to the rice field in order to mitigate their water constraints.

Tijan Bah, cattle owner also expressed dismay over the insufficient water supply for their livestock, saying most of their pregnant cattle usually have miscarriage in the dry season due to thirst.

“If we remain in this community, our cattle will get sick as a result of severe thirst. This usually pressures us to go on nomadic at river nearby communities at the Central River Region north (CRR/n) so that we have access to water,” he said.

Tijan described going itinerant to CRR/n as unfavourable to the cattle rearers as they encounter severe suffocation in that zone because they have to travel about twelve (12) kilometres to reach the River Gambia.

“There should be no taxation without representation. If we are paying tax, the government should filter that money back to the taxpayers.

“Whenever quarter (¼) of that tax is brought back to URR all the challenges would be fixed but what happens? Nothing comes back or if it comes, it’s very little, and in fact, that is given to communities like Basse and other villages.  And they do not pay tax more than us. Maybe their population is bigger than us but the amount of livestock we have and the amount of money we pay is more than other large communities,” he argued. 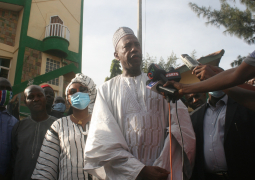 Tourism: No compromise on below standard facilities

Tourism and Culture Minister Hamat N.K. Bah has made it clear that his Ministry will not tolerate or compromise with below standard facilities wherever it might be located in the country.