Several vendors at the Coastal Road Market in the Kombo North District have accused police officers at the Old Yundum Police Station of confiscating their commodities including perishable goods, leaving countless goods spoiled 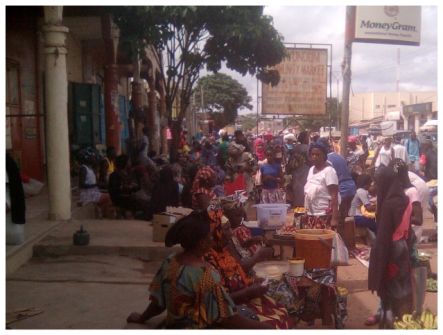 Most of the people who spoke to this medium, mainly women, said the incessant confiscation of their goods have drastically affected their livelihood. They justified that most of the roadside vendors are average Gambians who live from hand to mouth.

“The police have confiscated my goods and detained me in the cell for six hours. Later on, the police officer demanded D1000 so that he would release me. We bargained until we agreed at D800. I paid him the money (D800) and he released me. He did return my goods but never gave a receipt for the paid money,” Alieu Ceesay, told The Point in irritation.

Mr. Ceesay argued that the security personnel have no legal mandate to detain him and fine him without trial.

He said the vendors are not causing any criminal acts that would warrant their detention and goods confiscation, adding they [petty traders] are just working to earn a living.

Mariama Sanneh, vegetable vendor said: “About two weeks ago, a police officer came to my selling point and confiscated my goods (plate of vegetables) that were bought at five hundred dalasis (D500).”

“I left the perishable goods with the police two weeks ago and I know it has spoiled now,” she bitterly to this reporter.

Isatou Kujabi, a vendor, said: “The police have confiscated my vegetable valued at D300. I went to the police station on several occasions and appealed to the police to return it and the pan but they refused. I had to purchase another pan to continue selling. This is worrying.”

She also said when the police refused to return her goods, she borrowed money from someone to continue her petty trading. “I have to work to feed my family but the police are disturbing us,” she told The Point in sorrow.

Isatou Ceesay, mother of six, narrated her ordeal with a male police officer, saying: “One day, I saw a police officer coming towards me. I ran into the market but he followed me. When he reached me, he poured all my vegetables in the stagnant water.

“I was angry but afraid to talk to him because if I should say something he may take me to the police station.”

Jainaba Jallow, a 14-year-old vendor in the market, also recalled losing plenty of perishable products due to the continuous confiscation. However, she expressed worry that government is denying them from selling at the roadside without giving an alternative.

“As long as the government denies us selling beside the road, let them give us another place to sell,” she said, while carrying her plate of vegetables.

Therefore,  they all called on the government to allow them to sell beside the Coastal Road Market or provide an alternative for them. The vendors added they depend on that place to sustain their families.

‘Empowering SAIs should be everyone’s business’ 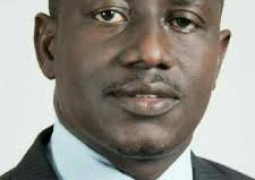 Staff of Access Bank Gambia Ltd. are planning to embark on a sit-down starting from Wednesday over poor salaries and allowances among host of others, The Point has been reliably informed.