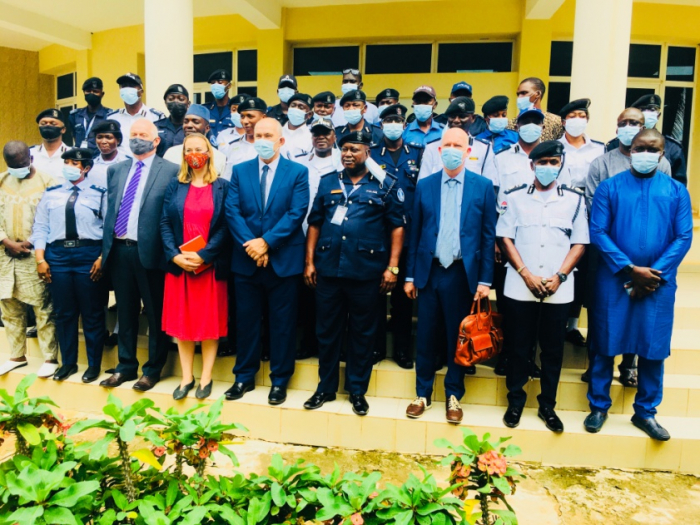 The training is part of the support to The Gambian Security Sector Reform Process and was funded by the European Union.

Speaking at the closing event, Ken Isaac, head of DCAF Office Banjul, said DCAF is dedicated to improving human and state security through the strengthening of democratic governance, rule of law and respect for human rights.

He added that DCAF is committed to supporting states to improve security sector governance, assisting international actors that support states to do so, contribute good security sector policies and provide specialist knowledge.

“The DCAF project is designed in support of the Security Sector Reform process in The Gambia in close collaboration with The Gambia Police Force and funded by the EU,” he disclosed.

For his part, the EU ambassador to The Gambia Corrado Pampalino, revealed that since the reestablishment of democracy at the beginning of 2017, the EU has mobilised to assist The Gambia in reforming the national security sector, from budget support allocated directly to the state of The Gambia.

He said the EU firmly believes that this is the moment for transformational change for the security sector in The Gambia and if the country manages to transform from an abusive security system into one that respects and protects human rights of its population, then we can call The Gambia transition a success story.

Mr. Corrado added that the project is organised along two main lines of intervention; firstly to support the government in its efforts to launch a deep and inclusive security sector reform process and to enhance its internal oversight by state and non-state actors.

“I take this opportunity to thank the DCAF Gambia office for not only supporting the formation of the technical working groups but also for facilitating many of such capacity building programmes for the GPF over the past two years as part of the Security Sector Reform Process and capacity building engagements. I also thank the EU for providing the funding and all other logistics needed for the successful implementation of these projects,” said Momodou Sowe, deputy inspector general of The Gambia Police Force.