“I have made my position clear that we have zero tolerance policy for anybody who involves him/herself in corrupt practices or unjustly deprives anybody of their rights to justice,” said President Yahya Jammeh.

This statement of the President was delivered on his behalf by the Vice President, Isatou Njie-Saidy, at the fourth Call to the Bar ceremony held yesterday at the New Law School Complex located at the former National Assembly Building in Banjul.

Thirty-seven law graduates were called to the Bar, out of which 32 are Gambians, 5 non-Gambians, 23 males and 14 females, who went through a 12-month intensive training course.

The legal profession is generally known over the world as a “noble profession.”

However, over the years, some in the profession have drifted away from the core values that define what it means to be a lawyer, and it had become too much about economic advantage and financial gain and not enough about public responsibility.

“I am well-informed that the judiciary and the Bar are in the process of finalising an amendment to the code of conduct for lawyers. I welcome this development and encourage all of you to abide by them,” President Jammeh said.

The purpose of the certificate received was not to confer on them an economic advantage over their fellow citizens, neither does it serve as an entry into a life of power and wealth; rather they are being granted access into a profession which has at its core an ethics of public responsibility, he added.

“Through your profession you will be called upon to take on other people’s problems as your own, to do everything within your power to solve them.

“To be the voice of the voiceless and to ensure justice for all citizens, irrespective of social status.”

Although this might be the end of their formal education as a lawyer, they have seniors who are more experienced than them and who would guide, mentor and nurture them into experienced and reliable lawyers.

“I have always stood by my promise to ensure quality and world class education for all and the law school stands as a testament to that promise.

“I am proud to note that the Gambia Law School attracts students from all over the continent, especially Ghana, Nigeria, Cameroon and Uganda, among others.”

Justice Minister Mama Fatima Singhateh, in her speech, said the Gambia Law School had graduated over 100 lawyers since it was established in 2010.

To the graduates, the law is the very essence in which the legal profession is built on, she said, adding that the newly-refurbished Law School building was the very premises that housed the National Assembly for more than 30 years, where the laws of the land were forged and breathed to life.

Just as the National Assembly members had safeguarded the law to what it is today, she said, they may “preserve those same laws so that justice would not only be done, but seen to be done.”

The Justice Minister further informed the gathering that the Law School graduates consist of mainly of law students of the UTG some of whom are already employed in the public service, as well as graduates from their sister countries such as Nigeria and Cameroon.

The Law School is one of the jewels of The Gambia, and a product of President Jammeh’s development projects.

The importance of the Gambia Law School in the development agenda of the country is immeasurable, she continued, adding that it had gained international recognition for the professional and efficient service they render.

Speakers on the occasion included Chief Justice Emmanuel Fagbenle, and a senior legal practitioner, Amie Bensouda, as the guest speaker.

The vote of thanks was delivered by the most outstanding student of 2014-2015 Gambia Law School graduating class, Omar Jabang.

Certificates were issued to the graduates, and prizes were given to best students in various legal courses. 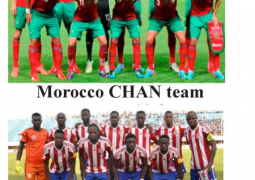 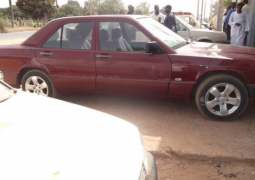 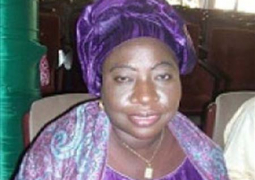