Over 200 Ivorians on Friday met at the house of the Honorary Consul of Cote d’Ivoire, Alhaji O.B. Conateh, to celebrate their National Day.

The day was marked by a celebration involving several activities, as well as Ivorian-style music, food and drinks.

There was a lecture on immigration issues delivered by a senior immigration official at the occasion.

The National Day, celebrated at his residence, was attended by 200 Ivorians residing in The Gambia most of whom are teachers, tailors, and business people.

“Every year we meet here and celebrate the National Day of Cote d’Ivoire,” he said.

He said the relationship between The Gambia and Cote d’Ivoire “is very cordial”, as depicted by the number of Ivorians living in The Gambia “quietly without any problem”, as they continue to do their business peacefully.

“I am very proud of the way Ivorians are living in The Gambia. This has allowed me to be free from going here and there taking care of location problems due to their good behaviour.”

O.B. Conateh said the pardoning of convicts by the President did not surprise him, because the President did that as a man of God taking into account the plight of families, friends, and parents of the detainees.

He said all of them present at the ceremony were baffled by the pronouncement of the President.

“It is not a common practice by heads of state in the way and manner he did it,” he said.

“We hope that the relationship between the two families will continue as it is,” he added.

It is one of the great days for Ivorian nationals, one of them added.

“This is the year our parents took off dependency on foreign nationals,” they said, adding that during such a day they remember how their ancestors use to fight for such a day to come and now they “are free from colonialism”.

They said the relationship between their country and The Gambia “is cordial”.

The consulate is fighting for the two countries to come together, they said, adding that they pray for that to continue.

They also said that since they came to The Gambia, their consulate had never been confronted with the case of an Ivorian; with no Ivorian among the over 200 pardoned convicts, for which they thank God.

Ousman George Badjie, assistant superintendent of the Gambia Immigration Department, in his lecture on Immigration issues, said the Immigration Department was established by an Act of parliament as a government department responsible for issuing national documents such as ID cards, passport, residence permit and alien ID, which according to him is not applicable to Ivorians, but applicable to non-ECOWAS member states or citizens.

He also spoke of issuing the entry clearance visa and certificate.

“Red zone countries are the ones who need clearance” because they have civil unrest in their countries such as in Syria, which is in the best interest of the country.

He also said if they are on their way and meet with an immigration officer, and he or she asks them for their residence permit, they should not feel bad about it because it is their job. 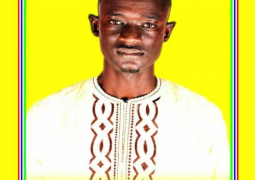 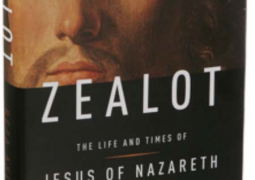