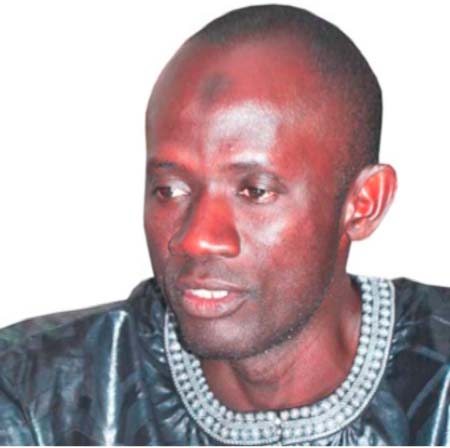 Hello and warm welcome to another exciting edition of the weekly Youth Forum.

In today’s edition, we bring you the recent approval of the youth bills 2015 by the National Assembly members (NAM) for the President International Award (PIA) and National Youth Service Scheme (NYSS).

Deputies at the National Assembly unanimously approved the two bills entitled: President International Award (PIA) and the National Youth Service Scheme (NYSS) bills 2015, tabled by the Minister of Youth and Sports, during the third ordinary session of the 2015 legislative year.

Laying the President International Award (PIA) bill, Hon. Alieu K. Jammeh revealed that the bill when enacted would establish a fully-fledged, legally constituted institution, which creates an environment where young people are mentored through the award programme to acquire hands-on relevant skills, which are culturally and environmentally endowed with the required attitudes, and knowledge to engage in national development.

“The scheme is a youth development programme and one of the satellite institutions of the Ministry of Youth and Sports, that seeks to provide young people with a sense of responsibility, instilling in them developmental skills that are beneficial to the nation,” he explained.

It is a balanced progressive programme of extra- curricular activities for young people, aged 14 to 25 years, which encourages personal discovery, growth, self-reliance, perseverance, responsibility and service to the community, he added.

Minister Jammeh went on to add that it is voluntary, and young people must choose to do it in their own free time, requiring personal commitment and dedication at all times.

“It has no maximum time limit for an award, provided all activities are completed by the time participants are in their 25th birthday. It is also opened to adult volunteers who want to complete an award at any time of their life as Adult Helpers,” he further stated.

Currently, he revealed, about 7, 815 young people are on the award programme through its three categories of Bronze, Silver and Gold in 48 schools in the country, with two community initiatives in Dimbaya and Siffoe.

‘‘There are indeed plans to expand to all parts of the country,’’ he announced.

The Youth minister further noted that the scheme has another component, which focuses on skills enterprise development, thus providing marketable skills to young people as a means to reduce their vulnerability, and improve their employability options.

“All programmes are designed to target not only young people, who have successfully undergone formal secondary education system, but also those from under-privileged and disadvantaged backgrounds.

He disclosed that in order to support its operations and development, the PIA also runs production units which serve as Income Generating Centres (IGC) for the institution, such as the following: a hall with 300 sitting capacity, rhun palm and restaurant with 13 rooms all with king size beds and air-conditioned rooms, 2 committee meeting rooms for hosting 50 people, carpentry and joinery workshop, metalwork and fabrication workshop, modern auto-mechanic workshop, tailoring and fashion design workshop.

Following this brief description of the PIA and what the proposed bill intends to do, he added that the bill also clearly spells out responsibilities of governance and management of the institution, ensuring that there is accountability and scrutiny of its operations in generating a maximum positive impact.

Minister Jammeh informed the deputies that the bill intends to repeal the National Youth Service Scheme Act 1999 in order to streamline the functions of the Service Scheme and establish clear linkages with other institutions under the Ministry.

For that purpose, he reaffirmed that the Service Scheme, as envisaged by the bill, would only function to recruit and orient young people towards career development and service to national development.

The functions of imparting skills and knowledge and giving support to young people, for them to be employed or self-employed, would be performed by institutions like the President’s International Award Scheme and the National Enterprise Development Initiative respectively, and other relevant institutions of the government, he stated.

“The Service Scheme has over the years confined its roles to skill acquisition and intermittent programmes on apprenticeship. The other vital and indeed very important component of the Scheme Service to the nation was overlooked. Service to the nation will ensure full and more participation in the economic life of the country,” he said.

The minister further stated that it would serve two critical purposes: To address the immediate employment needs of the youths for a specified period; it would also introduce the youths to practical work experience, which has a potential to assist in the choice of a sector to work in for formal employment. This initiative would be piloted in 2016.

Minister Jammeh highlighted that the bill would also make it possible for the Service Scheme to partner and assist the organs of state, the private sector, non-governmental organizations and community-based organizations on initiatives directed at the attainment of employment and skills development among the youths; initiate programmes directed at poverty alleviation, urban and rural development and the combating of crime, substance abuse and social challenges among the youths; inculcate discipline in Gambian youths by instilling in them a tradition of industry at work, and of patriotic and loyal service to The Gambia in any situation they may find themselves.

It would as well boost the morale of Gambian youths by giving them the opportunity to learn about the higher ideals of national achievements, social and cultural improvement; encourage Gambian youths to adopt positive attitudes through shared experience and suitable training, which would make them more responsive to national interest; promote equal opportunity and equal treatment of youths by encouraging a gender-inclusive approach to the development of youths, whereby the social influences of gender, disability and the particular circumstances of young women are recognised.