The 5th annual ijtema (Convention) of Lajna Imaillah (The Women wing of Ahmadiyya Muslim Jama'at) The Gambia was held on Saturday 12th February 2011 at the Baitus Salam Mosque Tallinding. The event attracted hundreds of Lajna and Nasirat (Girls wing of the Ahmadiyya Muslim Jama'at) members from all regions of The Gambia and a 16 member delegation from Guinea-Bissau. The topics treated during the event addressed issues regarding women in Islam, Financial obligations, Sacrifice in the cause of Islam, Good Behaviour and the like.

In delivering the closing remarks, the Amir of the Ahmadiyya Muslim Jama’at, The Gambia, Baba. F. Trawally first of all showed great pleasure to the dedication and commitment the attendants have given for the cause of Islam, and called on them to continue praying for our dear and beloved country's peace, security, stability, harmony and prosperity, and wherever they are, they should always work for their communities and society at large. He pointed out that the objectives of Lajna Imaillah are to educate Ahmadi women on Islamic teachings; prepare them to serve people and preach Islam; bring their children up as instructed in Islam; promote the spirit of sacrifice in them; and inculcate the preservation of Ahmadiyya Khilafat in them. Amir Sahib urged the congregation to always keep them in mind and always remember that as Ahmadi women we should consider ourselves to be among the chosen few for a noble choice. According to him, marriage is a basic unit of society, therefore it should be built according to the instructions, fear and love of Allah Almighty, thus the future of our Jama'at should also be put into consideration when building or establishing it. He went on to urge the congregation to be ready to sacrifice everything as Ahmadi Muslims as typified by some believers in the time of the Holy Prophet Muhammad, and try as much as possible not to be overcome by any form of societial or peer pressure. He futher went on to advise the gathering to be steadfast in prayers, recitation of the Holy Quran on daily basis, obedience to organization of the Jama'at, adherence to the Sunnah and to strive hard to convey the message of Islam Ahmadiyyat. In conclusion, Amir Sahib exhorted all participants to always pray for His Holiness Hazrat Mirza Masroor Ahmad, Khalifatul Masih V (ATBA), and conveyed his Salam and prayers to all Ahmadi women in The Gambia and Guinea-Bissau and all women in general through the congregation, and prayed for the safe return of all delegates back home.

Sadr (President) Ndey Mariam Correa Bah welcomed the congregation to the event, and urged everyone remember the main reason of the programme as a platform to teach and remind one another of the teachings of Islam, our rights and responsibilities as women and the roles we have to play as Ahmadi women. Dadr went on to tell the gathering that performance of the five daily prayers is key in the life of every muslim and as women and mothers for that matter, we should go beyond our personal performance, and ensure that we inculcate it as a habit in our children. As women according to Sadr, the upbringing of children lies mainly upon us, thus the need to be very steadfast in carrying out our Islamic responsibilities, and always remember to act as role models to our children. She also pointed out that underrating or disregarding others based on their race, ethnic or other traits is very un-Islamic, and we must do away from such. She further went on to emphasise the importance of the recitation of the Holy Quran on daily basis, which she says always grants one blessings and guidance.

Speaking on the topic "Sacrifice of Women in Islam" Sister Mubashra Saeed first of all defined sacrifice as giving away our most bellowed things in life as exemplified in the sacrifice of Hazrat Miriam by her mother in the way of God. She went on to state that as Muslim women, we are blessed with having Hazrat Khaddija as the first lady of Islam, who sacrificed for Islam in all aspects, in terms of her wealth and children, and stood by the Holy Prophet Muhammad (SAW) in the most difficult moments as in the mountain Shabi Abi Talib scenario. The second era of Islam according to Sister Mubashra is no exception in such sacrificial moments. She cited various sacrifices made by women, and some of these included sacrifice of children for war, sacrifice of self interest for the common good and the like. She concluded her speech by stating that sacrifice is very essential in gaining nearness to Allah Almighty and His pleasure.

On her part, Sister Majeeda Adiamoh addressed the topic "Teachings of the Holy Prophet Muhammad (SAW) and the Promised Messiah & Imam Mahdi (AS) with regards to women", she commenced by reciting Chapter 33, Verse 36 from the Holy Quran, which she said is a clear manifestation that following the way of life prescribed by Allah Almighty, both men and women can attain the same spiritual heights. Sister Majeeda told the congregation that looking back at the status of women prior to Islam, we as Muslim women should be appreciative of the Holy Prophet Muhmmad and consider him as our liberator proclaiming in the name of Allah Almighty through Islam that both men and women are equal. She further went on to outline some of the teachings of the Holy Prophet Muhammad (SAW), which she divided in three main ways: a woman as a daughter, as a wife and as a mother. The Holy Prophet Muhammad (SAW) said blessed are those who make no distinction between their sons and daughters. According to Sister Majeeda, the Holy prophet Muhammad has said a good wife is one of the most virtuous things a man can be endowed with, she should be granted her due rights and treated with respect, and pointed out that a wife should also grant these in return to her husband. She said  the Holy Prophet has recognized motherhood as one of the greatest roles levied on women and he (SAW) has said "Paradise is at the feet of your mothers". Paradise in this case she said refers to both social and heavenly paradise, thus putting mothers at the helm of respect. Imam Mahdi (AS) followed and strengthened the teachings of Holy Prophet Muhammad (SAW), thus she pointed out few of his (Imam Mahdi) teachings, most especially his kindness and gentleness with his wife and female servants. He has on several occasions preached equality between men and women, condemning all sorts of discrimination against women. In conclusion, Sister Majeeda said we should consider ourselves lucky as Muslim women, and most especially as Ahmadi women for being placed highly by such great and holy people.

Sister Mariama Baldeh spoke on the "Importance of Financial Contributions in Islam:, which she said is a very essential component of the faith, and an instruction from Allah Almighty as manifested in Sural Al-Baqarah: Verse 196. The Holy Prophet Muhammad (SAW) has said angels pray to Allah Almight on daily basis to bestow mercy on those who spend in His cause, and curse those who don't. she pointed out that a true Muslim is one who spends in the cause of Allah Almighty, and that miserliness is a grave sin in Islam. The Holy Prophet Muhammad (SAW) laid great emphasis on the importance of financial contributions, but after him, Muslims abandoned this noble path, but Hazrat Mirza Ghulam Ahmad, the Promised Messiah & Imam Mahdi (AS) came to revive this spirit. Therefore it is the futy of every Ahmadi to fulfill this noble duty. She pointed out the kinds of financial contributions as Zakat, which the foremost of all financial sacrifices; Chanda Aam, Chanda Jalsa Wasiyyat, Hissa Amad, Hissa Jaidad, Tahrik-e- Jadid and Waqf-e-Jadid which are all incumbent on all liable Muslims.

The first speech of the Nasirat session was delivered by Sister Naila O. Darboe on the topic "The Love of the Holy Prophet Muhammad (SAW) for Children". Pointing out the criticality and importance of childhood in one's life, Naila Darboe said all children irrespective of their gender or background should be treated with love and kindness, and be groomed for a great future. Thus the Holy Prophet Muhammad (SAW) laid down clear and complete guidelines, instructions and practical examples on how children should be raised and dealt with. She highlighted the fact that even though children should not be treated too strictly or harshly, we should always be careful of not showing them too much love or being over indulgent with them, which she said could be very erroneous in their upbringing. The deep love, concern and affection that the Holy Prophet has shown orphans made Muslims to realize the situation of such unfortunate children, and has urged all Muslims to take special care of them. The loe of the Holy Prophet Muhammad for children is also manifested in other ways like his abolition of some cruel customs and traditions against, for example killing of baby girls in the past and also taught special prayers on behalf of children.

May Allah Almighty guide and bless us all and may peace, security and stability prevail on our dear country. Ameen 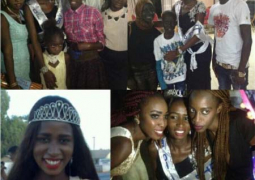 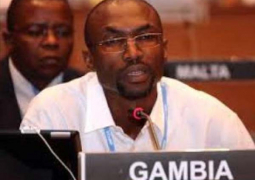