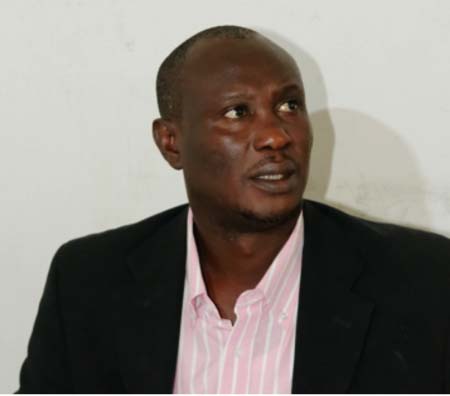 Hello esteemed readers, and a warm welcome to this week’s edition of Youth Forum.

We bring you the recent training course organised by the Ambassador of Disaster Risk Reduction, a youth-led organization formed in The Gambia under the National Disaster Management Agency (NDMA) in 2011.

The aim of this organization is to conceptualize the framework of elements considered with the possibilities to minimize vulnerabilities and disaster risks throughout The Gambia.

The training exercise was held at the Gambia College campus in Brikama West Coast Region, organized by the Ambassador of Disaster Risk Reduction (ADRR) for their Gambia College Chapter members.

Speaking at the opening ceremony, Serign Modou Joof, NDMA deputy director general, said the National Disaster Management Agency (NDMA) was established by an Act in 2008 as the central body entrusted with the coordination of all kinds of disasters in The Gambia.

He pointed out that the governing body of the agency was also constituted called the National Disaster Management Governing Council headed by President Yayah Jammeh.

”The operations of the agency are now totally decentralized with all the seven administrative regions having their respective offices,” he said.

Mr Joof added that the high recurrence rate of anthropogenic and natural disasters in the world, coupled with climate change and global warming are a concern to all nations.

“The African continent and the sub region has experienced various forms of disasters over the years ranging from earthquakes, tsunamis, disease outbreaks, floods, forest fires, among others,” he further stated.

He said literature have revealed that over 2.5 billion economic losses and over 500,000 lives have been lost through disaster in the past two decades, and the situation is still on the increase worldwide.

“This alarming trend and the resultant economic and other losses prompted the United Nations to convene an international conference on this issue; and in this regard, 168 UN member countries met at Kobe, Japan, after the devastating Indian Ocean Tsunami,” he said.

During this world conference, he added, the international community adopted the Hyogo Framework for Action for the period 2005-2015, with five key priority pillars.

These include to ensure that disaster risk reduction (DRR) is a national and local priority, with a strong institutional basis for implementation and identify, and to assess and monitor disaster risk and enhance early warning.

He further asserted that they “use knowledge” innovation and education to build a culture of safety and resilience at all levels, and reduce the underlying risk factors, as well as strengthen disaster preparedness for effective response at all levels.

According to Mr Joof, these priority areas are the guiding pillars of disaster management at the international, regional, sub-regional and national levels.

The implementations of these pillars is on track in The Gambia, particularly the governance dimension of the HFA, which is priority one.

“The Gambia is also on course on the other priority areas. This situation could not have been possible without the government taking the lead role, and being firmly in the driver’s seat with the establishment of an institutional framework for disaster management in the country,” he said.

“The Gambia is vulnerable to disasters from a range of hazards including droughts, flooding, wind storms, locust invasion, among others and that these hazards caused widespread damage and losses to lives and livelihood,” he pointed out.

“A reactive, emergency response approach is no longer the solution in the long term. We are now transitioning from managing crisis to managing risks and it is, therefore, important to adopt a new strategy, which directly involves vulnerable people themselves in planning and implementation of mitigation measures,” he said.

He added that the loss of life and property, and the challenges that were faced in the aftermath of the 2010 floods exhibited the need for strengthening and amplifying existing policy and institutional arrangements to reduce losses from disasters in future, and that the 2010 floods tested the resilience and capacity for disaster reduction.

It was also important to strengthen disaster committees at the community level and Social and Environmental Clubs at schools, and at the level of the household, he went on.

“It is in that regard that I send out the call to the college, school authorities, social and environment clubs and other parallel structures to join forces to encourage persons and communities, to build the culture of resilience through Disaster Risk Reduction in order to build community-based resilience, and to build a strong national focus geared towards disaster risk reduction,” he continued.

Together, we would be able to better plan, prepare, mitigate, respond and rehabilitate our families, our communities, our businesses and our nation, he said.

“This collaborative approach is what is required for effective disaster reduction, and this further gives me the impression that you will all have the disaster lenses henceforth during your decision-making, and would also share your experience from this forum with your peers,” said Mr Joof.

New System to Control Migration to the UK From Today