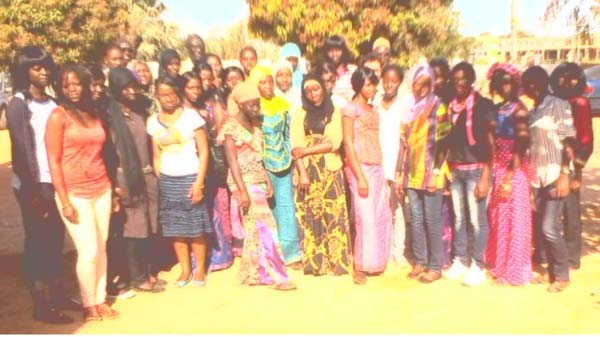 The three-day workshop, which brought together participants from different parts of the country, was to have the opportunity to broaden their knowledge in the field of women studies, and to empower young Gambian women on leadership.

The core focus of the project is to ensure that young women are empowered, confident enough to articulate their key concerns, and galvanised actions to end violence against girls and women.

Bolong L. Sonko, secretary general of IVLP, said the project like similar ones could not have come at a better time because the challenges facing The Gambia, Africa and the world is youth unemployment, particularly among the women.

The youth constitute a majority of the population in this country, he added, saying that according to estimates over 50 per cent of the Gambian population is under the age of 20 and unemployment rate in this category (15-30 years) is very high, particularly among women.

In recognition of this challenge, he added, the Programme for Accelerated Growth and Employment (2012-2015) has placed a special emphasis on employment creation, particularly among the youthful population through increased vocational training and the creation of more job opportunities among other strategies.

He said it was in recognition of this challenge that the IVLP was implementing this project as a complement to the Government’s efforts, adding that they recongise that the Government could not do everything and also recognise that some of them with the required skills, knowledge and experience have an obligation to assist the community to face the development challenges.

They believed that small-scale initiatives are capable of contributing to meaningful changes in the lives of people in the communities, Sonko stated.

The IVLP Alumni Association was formed to bring about greater contact and understanding between the people of The Gambia and those of the United States of America through cultural and other exchanges, he remarked.

Mr Sonko noted that because of the rich professional background of the association’s membership, they have always felt the need to support the community to complement the efforts of the Government in addressing the social, educational and other challenges that face the country.

On behalf of the entire membership of the IVLP, he expressed their appreciation for the support the US Embassy continues to give to the association, and also thanked all partner organisations and institutions they have been working with in the implementation of their projects.

Satang Nabanneh, coordinator of Think Young Women (TYW), described the workshop as a huge opportunity for the participants, which, she added, would not only stop at the three-day training but would include a year-long mentorship with other seasoned women leaders.

She described the leadership programme as vital as they are the ones to take up the mantle of leadership in the country, saying it is important the leadership skills of young women are built.

Aisha Keita, IVLP coordinator in The Gambia, dilated on the genesis of the project, its objectives and the strategies to the objectives.