As part of their familiarization tour on media chiefs and partners, the new executive of the Young Journalist Association of The Gambia (YJAG) on Friday had audience with the US Ambassador to The Gambia and the Daily Observer newspaper Managing Director.

Speaking to Ambassador Pamela Ann White, the president of YJAG, Modou S. Joof, thanked the Ambassador for granting them the opportunity to meet with her.

According to Joof, the action plan includes leadership training, ICT training, training on women’s health and rights, freedom of expression, publication of newsletter, training on good governance and accountability.

While highlighting the support the embassy has been giving to the media in The Gambia over the years, Mr Joof said capacity building was a key drive to the development of the media in the country.

In her address to the YJAG executive, Ambassador White said she was delighted by YJAG’s action plan, especially in ICT training for its members.

She called on YJAG to engage the government as partners who could be of help to them.

She finally assured the group of her support to the association and encouraged them to continue working to always achieve excellence and apply professionalism in whatever they do.

At the Daily Observer, MD Pa Malick Faye noted that the courtesy call to his company shows that members of the YJAG executive have respect for media chiefs in the country.

He encourages them to safeguard the ideals for which the association was founded.

MD Faye further challenged them to do their best to ensure the confidence bestowed on them by members of the association “is not betrayed”.

“As leaders you must remain focused,” he said, while calling on them to prioritize the welfare of the members at all level.

“It’s very important that you take responsibility¸” he added. “How you manage that responsibility will further tell whether you can be a responsible leader tomorrow or not.”

Furthermore, MD Faye implored on young journalists to write whatever is in the legitimate interest of the public and urged them to present the news in their stories instead of their opinion.

“Be yourself; don’t fight anybody against and don’t put yourself in trouble,” he advised.

However he tasked the new executive to learn from their predecessors and consolidate their successes as well as to improve on their weaknesses.

“As members of the executive, you should not allow any disunity among you,” he said, while promising YJAG of his support to the organisation, adding that his doors are always open.

Also addressing the meeting, Assan Sallah, news editor of Daily Observer, noted that the visit was not a surprise to him as this has been the norm and tradition of the association since its inception.

The former president of YJAG said he was impressed with the action plan of the association, noting that capacity building is a priority for YJAG.

Receiving the YJAG executive at his office, Said Usuf, managing director and publisher of MarketPlace Magazine, commended the executive and promised to give the association a helping hand in its plan of action, especially with regard to its proposed newsletter.

Abdul Hamid Adiamoh, proprietor and managing editor of Today newspaper, said media chiefs are really in support of the creation of YJAG and its work.

He also spoke about the need for training of young journalists and urged them to continue to work and study hard to do well and achieve excellence in their profession. 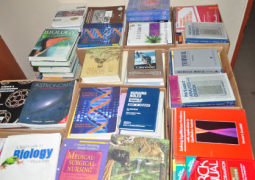