Yet another lesson for the opposition

The Wuli East bye-election results are once again another lesson to the opposition that they have no alternative but to unite, if they indeed expect to pose any credible challenge to the ruling APRC ahead of scheduled presidential, legislative and local government elections.
By now, the leadership of the UDP, NRP, NADD, GPDP and GMC must have realised that their division is not only an advantage to the APRC, but spells doom for any chances of them making it to State House.
If these results have not taught the opposition leadership any lessons, on what they should expect from the forthcoming presidential and National Assembly elections, then we wonder what else would.
However, it is quite re-assuring that the campaign and the elections went quite peacefully, without any noticeable hitches, and there is no doubt that everyone is hoping and praying that this is replicated in the forthcoming presidential elections.

When NADD was launched in May 2005 with a lot of fanfare, many members and supporters of the opposition were happy that they had finally found the formula to oust the APRC from power.

This much was alluded to by the NDAM leader in the interview with him carried this week by The Point.

However, when the split occurred some years back, many people felt quite despondent and so let down that they decided to take a holiday.

With almost seven months to go before the next presidential elections, there is still no sign that the opposition is anywhere near forming an alliance to contest the elections.

Yet, considering the mistrust and animosity that exists between and among the leadership of the opposition in this country, it would be quite hard to imagine them ironing out their differences and coming together to fight the elections, in whatever form.

There are, indeed, those who believe that even if they succeed in forming an alliance, it would still be too late for it to make an impact, or for them to regain the momentum that they lost after the break-up of NADD.

Indeed, the APRC is, no doubt, quite happy with the present situation, when the opposition parties are not concentrating on working out a political strategy to defeat the APRC, but are instead expending their energy in trying to outwit each other.

Definitely, as things stand now, it is hard to see how such a divided opposition can defeat the APRC. 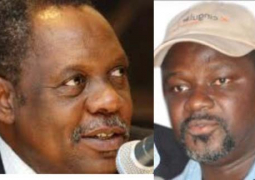 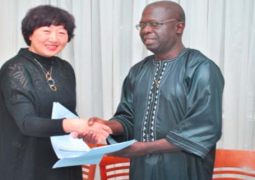