Yavuz Selim Anatolian School on Monday held a prize-giving ceremony for the winners of the mathematics and science competition, at the school grounds in Kanifing.

The competition, which was initiated by Yavuz since 2010 for Nursery, Primary and Upper Basic schools, was meant to promote mathematics and science in the country.

Speaking to journalists shortly after the ceremony, Yavuz Selim, the Principal of the school, said the initiative is very important to the students, especially in  mathematics and science. He then urged the students to continue their work so they can win more awards.

Athagie Sambou, a science teacher from the school also lauded the initiative, saying it was a good venture.

He thanked the administration of the school for staging the competition, while calling on the students to keep the momentum.

The competition brought together over 400 participants from various schools in the country. 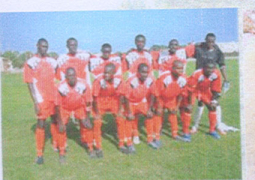