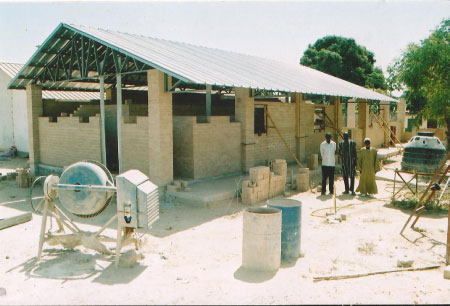 He cited that the health centre is situated at a flash point, which can be accessed by almost 18 communities, with the record of 2000 annual births.

He said they had pioneered the project with the aim of taking responsibility of their own community since the government cannot do it all.

He further pointed out that, they are welcoming and encouraging the sponsors to come over and give a helping hand to the health centre.

According to him, the youths embarked on a self-help project to ensure the health centre is fenced and secured.

He concluded by thanking the Ministry of Health and Social Welfare, nurses and the VDC of Banjulinding Village for their support to the project.

Malang Badjie, the Chairman of the Council of Elders at Banjulinding stated that “if the building is completed it will play a very vital role in health centre delivery system.”

Mbinky Touray, SRN nurse at the health centre said Banjulinding Health Centre is a good health centre, as she expressed delight at the project.