The media in The Gambia, led by the Gambia Press Union in collaboration with UNESCO and TANGO, over the week-end held the annual symposium to mark World Press Freedom Day 2014.

As highlighted in our story on the event, Gambian media representatives were among the world’s journalists attending the forum in Windhoek, Namibia, which came up with the declaration that eventually spurred the UN General Assembly to designate May 3rd of each year as World Press Freedom Day, WPFD.

We associated ourselves with the contents of the joint UN and UNESCO statement to mark World Press Freedom Day 2014.

Their statement said the event highlighted the importance of independent, free and pluralistic media to protecting and promoting rights.

Journalism, according to the statement, provided a platform for informed discussion across a wide range of development issues – from environmental challenges and scientific progress to gender equality, youth engagement and peace-building.

“Only when journalists are at liberty to monitor, investigate and criticize policies and actions can good governance exist,” UN secretary-general Ban Ki-Moon, Irina Bokova, UNESCO director-general said in their joint declaration.

The statement expressed concern that journalists and other media workers in many countries faced systematic obstacles to reporting the truth, ranging from censorship, arrest and imprisonment to intimidation, attacks and even assassination.

“These outrageous abuses show that press freedom and the human rights it underpins are extremely fragile and must be actively defended,” the statement added.

It said the UN General Assembly had unequivocally condemned all attacks and violence against journalists and media workers.

It therefore tasked governments and all those with influence to act by protecting journalists and other media workers.

“UN bodies are already working together and with other partners under the leadership of UNESCO to create a free and safe environment for journalists and media workers around the world.

“On this World Press Freedom Day, we call on all states, societies and individuals to actively defend freedom of expression and press freedom as fundamental rights and as critical contributions to achieving the Millennium Development Goals and advancing the post-2015 development agenda.”

On the theme: “Media Freedom for a Better Future: Shaping the Post-2015 Development Agenda", the statement said the international community had a once-in-a-generation opportunity to prepare a long-term agenda for sustainable development to succeed the Millennium Development Goals when they end in 2015.

It said successfully implementing that agenda would require that all populations enjoy the fundamental rights of freedom of opinion and expression.

These rights are essential to democracy, transparency, accountability and the rule of law. They are vital for human dignity, social progress and inclusive, development.

“Even as we look beyond 2015, we must confront current grave threats to press freedom around the world,” statement further noted.

"Governments that block the aspirations of their people, that steal or are corrupt, that oppress and torture or that deny freedom of expression and human rights should bear in mind that they will find it increasingly hard to escape the judgement of their own people, or where warranted, the reach of international law." 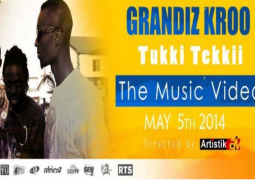 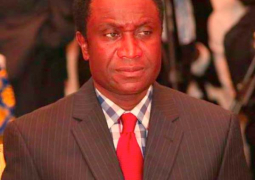