One Alhagie Jallow of Latrikunda was on arraigned before Magistrate Pa Harry Jammeh of the Brikama Magistrates' Court charged with being found in possession of suspected stolen property.

According to the particulars of the offence, the accused Abdoulie Jallow on at Latrikunda Sabiji was found being in possession of suspected stolen driving licence, National ID Card and four passport photos, a charge he denied.

Meanwhile he was granted court bail in the sum of D5000.

In a separate development one Kebba Taal of Gunjur was also on arraigned at the Brikama Magistrates 'Court charged with assault causing actual bodily harm contrary to section 228 of the criminal code.

The fact of the alleged offence indicated that on , Kebba Taal assaulted one Alagie Gassama by hitting him with his walking stick thereby causing him actual bodily harm. 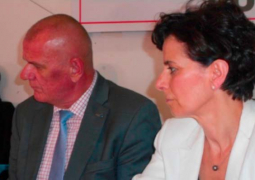 EU to translate commitment to action in support of Barrow