As part of week-thirteen fixtures, on Saturday 19 April 2014 Wallidan will clash with police outfits Interior at the Banjul KG5 Mini Stadium.

Both Wallidan and Interior will be hoping to bounce back after losing to Armed Forces and Hawks in their last outings to keep their title hopes alive.

Samger will host Bakau United at the Serrekunda East Mini Stadium. Samger and Bakau United are both struggling on the league table and are searching for a win against each other to move away from relegation zone.

Elsewhere, Brikama United will welcome Hawks at the Brikama Box Bar Mini Stadium. Both sides shared spoils in the first round and will settle for nothing less than a win to fancy their hopes of winning the league.

On Sunday 20 April 2014, Gamtel will play against Armed Forces at the Brikama Box Bar Mini Stadium.

Gamtel are currently occupying 2nd place on the league and will be looking for a win against struggling Armed Forces to mount pressure on league leaders Real De Banjul.

Real De Banjul, who are leading the league table, are vying for a win against Steve Biko to extend their lead at the top of the summit.

Steve Biko are mid-table and will be searching for a victory against Real De Banjul to fancy their chances of retaining their 2013 league crown.

Banjul United and Gambia Ports Authority are on mid-table and will be fighting for a win to keep their title ambition alive. 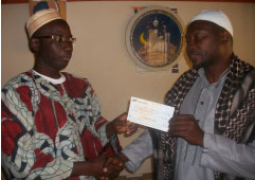 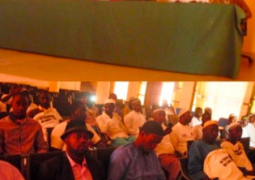