The most anticipated final will feature Real Madrid FC against Kolongba FC, an encounter described by many football fans in Gunjur and its satellite areas as mouthwatering.

Janneh seized the opportunity to advise the fans of both finalists to exercise discipline and tolerance during the final game and assured them that the final will be free and fair. 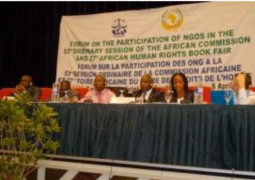