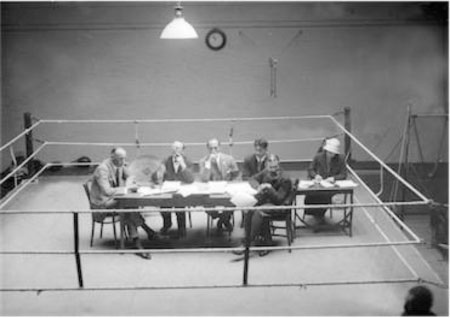 Tuesday July 2, 2013, we mark the 89th anniversary of the International Sports Press Association in what is a crucial year for sports journalists all over the world.

We are facing difficult situations on the field of play from racism to corruption and we still have to keep our heads above the waters with the ever growing threat of the new media, turning out to be a constant threat to our profession.

Below is Gianni Merlo, the AIPS President’s message for the world sports journalists day, where he also highlights the Associations’ drive to boost culture and education.

Today is the 89th anniversary of our association. At this moment, the world is living in a kind of storm. We are facing difficult situations and 2013 is a very special year for sport, both in terms of the events and the protagonists who are at the center of attention.

For our profession, 2013 is a crucial year. The constant shadow of job security hangs in the air, with more and more jobs disappearing due to the double-edged sword that is “New Media”.

For this reason, we as an association have chosen to invest in culture and education. We are committed on several fronts; it is our duty to protect our professionalism and, at the same time, fight the ailments afflicting sport.

The Role - AIPS has a very important role to play at this delicate time as it can stimulate the reactions of colleagues, who are resigning themselves to living in this period of evolution as the twilight of their career. Sports journalism is alive and well, but it must continue to defend its independence to help the world of sport to not take the wrong road and adapt intelligently to the logic of the new means of communication.

Corruption - Unfortunately, the problem of corruption, which rears its ugly head with a sophisticated system of doctored matches and results in many sports, is always present. And this cancer of sport is now also directly connected to doping. The criminal world has found it is easy to exploit the artificial paradise of pills, to then enslave athletes who end up entangled in a webof criminality and deceit. We have committed ourselves with WLA and EL to launch a consciousness-raising campaign around the world. Last year, we organised the first workshop in Milan at the offices of La Gazzetta dello Sport in cooperation with USSI. This year two other workshops were organised in Paris in collaboration with L’Equipe and the French Sports Press Association, and also in Vienna through the commitment of Sports Media Austria. Others will follow because we have seen that there is great interest. This investment in education will help us to analyse topics that are very important and delicate.

Racism - The phenomenon of racism, which is very dangerous because too many people undervalue the issue and ignore it, is on the rise. It is clearly connected to the dark picture of corruption and doping. In addition, racism in the stadiums will become stronger in the rest of the social fabric, creating a very serious danger for civil co-habitation if it is not stemmed and fought straight away.

The danger is more serious than we think and for this reason we must be united in fighting it. Sports journalism must react with the strength of its culture because it defends cultural and universal principles. We have every faith in the positive reaction of our colleagues, which is essential. This is why we confirm that AIPS has a central role in defending the principle of sport and we are sure that we will do everything to help young people not to have doubts about the credibility of sport.

Young reporters - We are currently leading a Young Reporters programme in Lausanne. It is a great experience, similar to the ones we have held in the past at the Shenzhen Universiade in 2011 and Azerbaijan FIFA U-17 Women’s World Cup in 2012. A few weeks ago, we were in Tel Aviv for the UEFA U-21 European Championship.

In these programmes we are sharing with the young colleagues important educational moments that will help them to grow as professionals with better knowledge not only of sport, but also of ethics and honesty, because these are the pillars of our profession.

We must, in this very difficult period for society and the world, be ready to use sport as a tool for pacification. In the meantime, we must continue to strongly defend our independence, because in our freedom of expression is the secret for a better future. 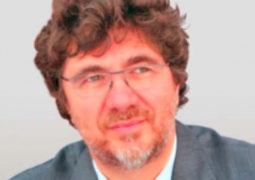