Acting-PrincipalMagistrate Dawda Jallow of the Banjul Magistrates’ Court yesterday gave the prosecution two weeks, after which it must proceed with the case involving Lamin Jobarteh, former Attorney General and Minister of Justice, and Pa Harry Jammeh, former solicitor general and legal secretary.

The duo were arraigned under a 10-count charge, which included conspiracy to defeat justice, abuse of office, official corruption, destroying evidence, and neglect of official duty, which both men denied.

When the case was called in court, the prosecuting officer, Superintendent Sainey Joof, told the court that the matter was still under investigation and that there was a new issue which was raised.

He said new charges were filed and, as a result, the prosecution was applying for an adjournment for a fortnight, for the last time.

In response, the team of defence counsel led by Lamin S. Camara said the application made by the prosecution clearly violated the accused persons’ constitutional right to fair hearing and speedy trial.

Lawyer Camara added that, since 20 June 2013, the prosecution had applied for an adjournment claiming the matter was under investigation.

“On 25 June 2013, the court made a sterling order for the accused persons to be granted bail, and they had fulfilled all the conditions, but unfortunately still now my clients are in state custody,” he said.

The court order needed to be respected, and not to flout the law, he said.

Counsel said the prosecutor asked the court to grant them an adjournment for a fortnight, adding that it was trite law that he who flouts the law was in contempt of a court order, in the circumstances.

“Your Worship, the application made by the prosecutor is contemptible, and it should be refused unless if the state complies with the initially court order,” counsel continued.

He said the court file had indicated that the accused persons were granted bail on 25 June 2013, and they had fulfilled all the bail conditions.

“I therefore say that the bail granted to the accused persons still stands,” the magistrate declared. 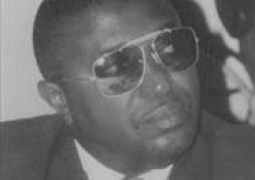