The co-publisher of The Point, a leading independent newspaper, has renewed decades-long calls for the Gambia government to do a reform of laws and policies governing journalism.

Pap Saine said while there are plausible constitutional guarantees on free speech, the overbroad and draconic laws regarding defamation, false news and sedition challenge the enjoyment of constitutionally-guaranteed rights.

He added: “The Gambia is also a party to international human rights instruments that protect the right to free speech. Unfortunately, our laws are not in line with international standards.

The veteran journalist made this call on Thursday as he presided over the official opening of a two-day seminar on freedom of expression. The event, organised by the Gambia Press Union, brought together more than two dozen legal practitioners.

“We thank the GPU for having the foresight of organising the seminar for members of the legal fraternity,” Mr Saine said.

“It is necessary that we build this kind of relationships. There are many issues that needed to be addressed, but we can only do so when institutions like the GPU and the legal fraternity come together.”

Gambia cannot be left out

The seminar was meanwhile chaired by the president of the Gambia Press Union. Bai Emil Touray lamented that the prevailing media laws have been brought about by colonialism, not to establish any genuine order, but to suppress the colonised Gambians.

He added that there is thus a trend of countries around the world reforming laws on free speech, citing a good number of common law jurisdictions that have decriminalised defamation, as well as repealed sedition, false news and insult laws.

He told the participants: “Some of you might know that currently, The Gambia is the only English-speaking West African country that does not have a right to information law of sort. Sierra Leone, Nigeria and Liberia all have promulgated laws on right to information, while The Ghana’s is before the parliament.

“We as a country need to work towards having one, given that The Gambia has an international obligation. And, it is our duty as members of the legal and media fraternity to help guide the government to promulgate a freedom of information law, since it is in the interest of national development.

“If we have right to information law in place, it would be easy for all to have access to information that is of legitimate public interest. The world is moving and The Gambia cannot afford to be left out.”

More in the offing

The seminar is part of a series of workshops and advocacy activities funded for the Gambia Press Union by the government of Denmark, through a Danish partner organisation, Gambia Media Support, GAMES.

Haddija Jawara, deputizing for the GPU-GAMES project manager, said the ‘building capacity for advocacy’ project has four components, one of which aims to promote an improved media and policy environment for journalism.

“A fortnight ago, we had a session with the security forces,” she pointed out. “Our next target is the National Assembly. To wrap it up, we will have a national forum on freedom of expression, where we intend to bring together all stakeholders to discuss issues regarding freedom of speech.”

For the participants, the engagement of legal practitioners in the promotion of freedom of expression is very crucial as they are in various ways involved in the enforcement, as well as protection and promotion of human rights.

Mansour Jobe, secretary general of the Young Lawyers Association, said: “I am also very happy to hear that GPU is trying to work with members of the National Assembly, who are principally assigned with the duty to make laws for this country.”

He added: “I must say the right of the freedom of expression is one of the most sacrosanct rights, and that is why this right is even recognised by the 1997 Constitution of The Gambia. What is needed is better enforcement and protection of these rights, in order to ensure and guarantee the well-being of the Gambian people.”

Meanwhile, the world’s latest press freedom reports rank The Gambia as “the worst place” for journalists in Africa, after Equatorial Guinea and Eritrea. 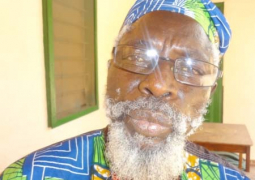 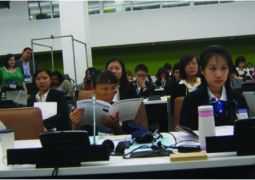