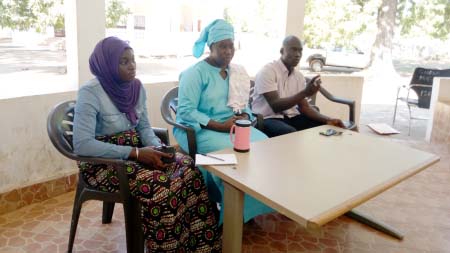 Neneh Touray, assistant director of Information, Education and Communication for Women’s Bureau has renewed her bureau’s commitment to combat the menace of Female Genital Mutilation/Cutting and child marriage among other pertinent issues affecting women in the country.

“Women’s Bureau has been working tirelessly in ensuring that the menace of FGM/C among other negative issues affecting our women’s development is completely eradicated in our society. We want people to live in a society where our women and girls are not subject to any forms of violence or harassment.”

She was speaking on Wednesday at the governor’s Bantaba in Basse-Mansajang as the Women’s Bureau began information sharing sessions with community leaders, technical advisory members and district chief executives among others. The outreach is being funded by UNICEF.

FGM/C, she added, is a harmful traditional practice that is affecting women and girls, saying that all hands must be on deck in ensuring that the menace is stamped out in the country.

“The significance of the information sharing cannot be over emphasised for the fact that it will enable the participants who are part of decision makers within their respective communities to be able to get the necessary information on the negative as well as the health implications involved in the practice so that they can enlighten their communities.”

She said lot of sensitisation has been conducted by various players on issues surrounding the menace. However, there’s still vital information that needs to get to the public so that the message can filter to the grassroot levels.

The Women’s Bureau assistant director of Information, Education and Communication said the only way to convince people to stop practicing  FGM/C among other negative harmful practices within our societies is by building their capacities so that they can know some of the health complications involved in the menace.

She added that due to the sensitisation that her office and other players are conducting in the country, the menace of FGM/C has drastically reduced. “The number of circumcised children between the age 0-14  have reduced which indicate that there’s massive progress going on. We can’t completely eradicate it just one day but I am optimistic that it will be stamped out in the country.”

She added that it also has long term excessive scars, infection, birth complications in the new born, sexual difficulties as well as psychological complications.

The President’s point is vital 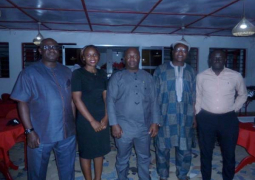