Gumbo Ali Touray, former Director of International Affairs at the University of The Gambia (UTG) is now a free man. He can walk the streets of Banjul with his head held high again, knowing that his hands are clean. Isn’t it said that a clear conscience fears no accusation?

He is not the only one who has been accused of wrongdoing, only to be set free by a court of law in this country. It’s good enough that some of these people are tried in a competent court of law; at least they are not taken straight to Mile 2 without due process. That is at least some measure of observing the rule of law.

But we are concerned about the costs, both to the state and the accused, in all these trials that have the making of a well-scripted farce. Both time and money that could have been well utilised for national development are wasted on trials in which the state is almost always withdrawing the charges or losing.

The examples are many, but there are a few which are still fresh in our minds.

We recall the case of Maimuna Taal, former Director of the Gambia Civil Aviation Authority (GCAA), Pa Sallah Jeng the former Mayor of Banjul, Mam Sait Ceesay and many others.

In all these cases, resources were wantonly spent to no useful end. Yet we are talking of poverty alleviation. Wasting scarce resources is an open invitation to poverty!

When people are arrested, it looks as if hell is about to break loose, full of sound and fury, but signifying nothing. They are detained, suffer loss of reputation and so on and so forth. Then the case opens in the court.

The defence lawyers roll up their sleeves and move in defence of the accused. Evidently, some of them ask for a lot of money. The case drags on and on until such a time that when the state prosecutors are unable to prove their case beyond reasonable doubt.

Then the accused is acquitted and discharged. Why? Almost always, it is due to lack of enough evidence, or as the lawyers would say, ‘a no-case submission’. Isn’t this ridiculous?

When Gumbo Ali Touray was charged with giving false information late last year, there was a lot of public interest in the case.

Though he denied the charge, the state went ahead nonetheless with the case. Like the previous cases, the accused person ended up being acquitted and discharged by the courts.

Then the question is – why do state prosecutors takes so much pleasure in taking people to court when they have not done their homework well enough? Why are they not feeling the shame of losing some of these cases, every now and again?

The Attorney-General should spare the state the humiliation of being laughed out of court from time to time. The state should get its act together so that it should not be seen to be pursuing a vendetta against its own citizens.

Harming people’s reputation, or wasting their time and resources should not be seen as fun by anybody.

Before taking anybody to court, enough investigation should be done to ensure that they have a case to answer. Evidence based on hearsay or speculation should never be relied on at any time during court trials.

In other words, state prosecutors need to get all their evidence right before hitting the ground.

“If you can’t be just, be arbitrary.”
William S. Burroughs. 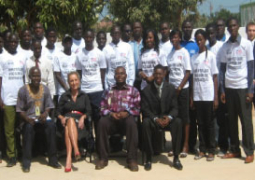