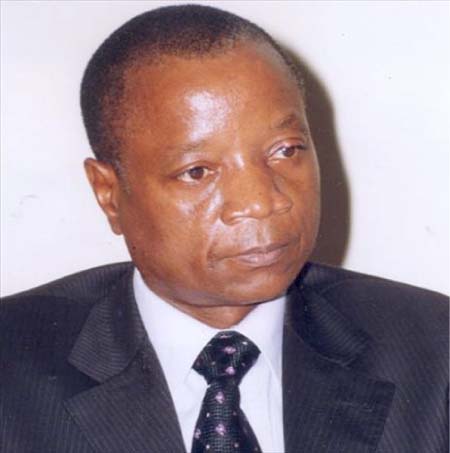 The prize-giving ceremony of the WHO Health Academy project inter-school completion was held yesterday in Banjul.

The Ministry of Basic and Secondary Education (MoBSE), in collaboration with the Ministry of Health and Social Welfare and World Health Organization (WHO) were the partners in the project.

Meanwhile, Bansang Senior Secondary School in CRR emerged 5th position out of 15 schools that took part in the competition.

Dr Thomas Sukuwa, WHO representative in The Gambia, said WHO has spent about D3million on computers and other equipment for implementation of the project.

Dr Thomas Sukuwa said the health academy project is a health promotion initiative of  the WHO initially piloted in the middle east - Jordan and Egypt -  way back in 2005,  nothing that the experience gathered from the pilot has shown marked improvement in health knowledge and positive health behaviour among school children and young people at large.

Dr Sukuwa said WHO decided to explore these realities in other parts of the world including the WHO African Region, The Gambia and Ghana became the target for the region.

He said that in addition to computers, the project has also built the capacity of some 100 teachers on the importance and usage of these tools to maintain and sustain the momentum already established.

Dr Sukuwa finally said WHO and the entire health sector will continue to work collectively with the Ministry of Basic and Secondary Education and explore all it takes within their mandate to promote the health and well being of Gambian children through the health academy project and other appropriate health promotion initiatives.

For his part, permanent secretary of the Ministry of Basic and Secondary Education, Baboucarr Buoye, said his ministry always cherishes this type of fruitful partnership with sectors that have a critical stake in ensuring the smooth implementation of our education policy, and for fostering the well being of young people, particularly the school going age.

“Health sector is one of those critical partners that can positively impact on the implementation of our current education policy,” he said.

According to PS Bouye, his ministry is actively pursuing mechanism that can improve the overall school health services, bearing in mind some of critical determinants of health such as nutrition, sanitation and potable water supply.

He added that his ministry is in the process of establishing a multi-sectoral working group on school health and nutrition, to lend support life skills education component of our policy.

The main objective of this group is to minimize the efforts of the current intervention of the health approaches in the schools at all levels, he said.

PS Bouye thanked the WHO for providing the paraphernalia - the computers, CD ROMs and training support - of the project.

Omar Badjie of the Ministry of Health and Social Welfare also described the project as timely, noting that students are doing well on the project.

He thanked the teachers and minister of Basic and Secondary Education for accepting the project to be part of their curriculum.

Mrs Katie Paine of Timbooktoo bookshop expressed gratitude and said her bookshop was established in 1998, noting that she has given mathematics, physics, chemistry and biology books to all schools that take part in the competition.

At the end of the program, award of prices and certificate were given to the schools and the vote of thanks was delivered by Mrs Enanko, principal Anglican Mission Senior Secondary School.