Since the announcement by the Government of The Gambia through the Ministry of Foreign Affairs, International Relations and Gambians Abroad that the Gambian government has taken the decision to sever relations with Iran, people have been left wondering why the sudden rupture, or what exactly has gone wrong.

The government announced this week that it has cut all diplomatic, economic, political and social ties with the government of the Islamic Republic of Iran effective 22 November 2010.

This was contained in a press release issued by the Foreign Affairs Ministry in , which stated that "all Government of The Gambia projects and programmes which were being implemented in cooperation with the government of the Islamic Republic of Iran have been cancelled".

The release also said: "Consequently, the despatch requests all Iranian nationals representing the interest of the government of in The Gambia to leave the country within 48 hours from the effective date stipulated through a notification issued to the Government of Iran."

The million dollar question that many people are asking is: "What really went wrong between what appeared to be a close and very cordial relationship between the governments of the two states?"

Indeed, relations between The Gambia and the Islamic Republic of Iran have developed since 2006, when President Mahmoud Ahmadinejad visited the country during the African Union Summit held in .

Also in 2009, the Iranian leader was on a daylong working visit to The Gambia. In fact, during this particular visit, a Joint Communiqué was issued, and read on behalf of the two leaders by the Foreign Affairs ministers of the two countries, cementing their ties and bilateral cooperation.

In a five-page Communiqué issued at the end of that visit, the two leaders expressed the need to fully consolidate the bond of friendship and cooperation between the two countries, and reiterated their resolve to work closely for the benefits of the two states.

Since then, , through its office for Agriculture and Rural Development (IGARD), had been giving immense support to the country’s agriculture sector.

Well, one year later, after his second visit to , things have fallen apart! Why?

We have not heard any official reasons given by our government for taking such a decision. The Gambian people definitely need an explanation for this action by their government.

Especially, when the air is thick with news and comments, in both the local and international media, of what might have led to this action by our government.

We, therefore, urge the Ministry of Foreign Affairs to convene a press conference to tell the people what exactly went amiss, that has forced The Gambia to distance itself from .

Without such information, people will continue to speculate and make their own conclusions. 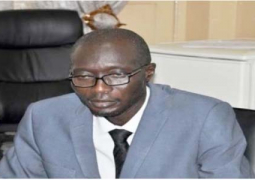