What is Human Rights Day and why do we need it?

International Human Rights Day was observed yesterday 10 December, and we follow with Abigail Chandler of Metro news agency on what is it andwhy do we need it.

What is Human Rights Day?

Human Rights Day is celebrated every year on December 10, the day on which, in 1948, the UN adopted the Universal Declaration of Human Rights.

So what’s the Universal Declaration of Human Rights?

The Declaration sets out a common standard that every country should strive to achieve, regarding human rights.

Article 1 simply reads: ‘All human beings are born free and equal in dignity and rights. They are endowed with reason and conscience and should act towards one another in a spirit of brotherhood.’

That’s something we can all get on board with, right?

What does the day celebrate?

This year, the theme of the event is focusing on rights and freedoms, including freedom of speech, freedom of worship and freedom from fear and want – all very relevant topics today.

So why do we still need it?

You’d think that 50 years on from the International Bill of Human Rights that we’d have got the hang of it by now, wouldn’t you?

But here are some stories from this week alone that demonstrate breaches of human rights, according to the original Universal Declaration of Human Rights.

Donald Trump wants America to close its borders to all Muslims

This breaks Article 2 (‘Everyone is entitled to all the rights and freedoms set forth in this Declaration, without distinction of any kind, such as… religion’) and Article 14 (‘Everyone has the right to seek and to enjoy in other countries asylum from persecution’).

It’s estimated that there are up to 4,600 slaves currently in the UK.

Article 16 states that ‘Marriage shall be entered into only with the free and full consent of the intending spouses.’

And yet forced marriage – often involving underage girls – is alarmingly prevalent across the world, with 1,302 recorded in the UK in 2013.

In fact, forced marriage was only officially made illegal in the UK in 2012.

Russia, of course, is no stranger to human rights violations.

They recently passed a law allowing the police to either fine or imprison protestors, and members of the LGBT community can be fined simply for holding hands in the street.

This week Amnesty International called for Vietnamese authorities to put an end to the violent attacks on human rights campaigners that have become increasingly prevalent in the country.

“Give to every human being every right that you claim for yourself.” 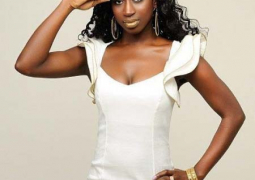 American-based Gambian musician making waves in the US