One Lamin Fatty was on 14th October, 2009, arraigned before Magistrate Olajabutu Kayode of the Bundung Magistratesí Court, for allegedly assaulting a Police Officer in due execution of his duties.

According to the charge sheet on count one, on 27th   July 2009, at Palma Rima junction of Palma Rima Hotel, the accused wilfully obstructed one Corporal 100 Foday Camara by forcing him to withdraw from his duty post, while he was performing a lawful duty at the time.

Count two and three revealed that, the accused on the same place, date and time assaulted one Foday Camara, a Police Officer by causing him serious bodily harm.

He was granted court bail in the sum of D20, 000, with a responsible Gambian surety. 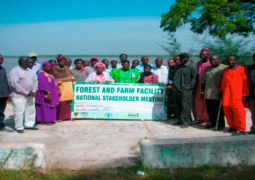