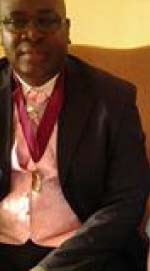 The West African Insurance Institute (WAII) has got a new director general in the person of Mr Frederick Bowen-John, a statement by the Insurance Association of The Gambia (IAG) has said.

Mr Bowen-John replaces Prof Prince Mike Ikupolati, who served as DG of WAII from 2001 to 2013.

“The West African Insurance Institute has also undergone change in its Management following the retirement of the former Director General. I have pleasure to inform this meeting that our own Mr Frederick Bowen-John, the former Deputy Managing Director of Great Alliance Insurance Company, is now the Director General of WAII,” IAG Secretary General Henry Jawo said at the 26th AGM of the association held on 8 February 2014 at the Paradise Suites Hotel in Kololi.

Mr John, who was the chairman of the association’s Technical Committee, has contributed immensely to the activities of the IAG Secretariat, Mr Jawo added, saying:

“I therefore wish to seize this opportunity to call on all members to support him at the institute.”

In his remarks at the General Assembly, the President of the IAG, Almamy B. Jobarteh also said:“Before concluding my statement, please allow me to report that one of our colleagues and a member of the Executive Committee Mr Frederick Bowen-John has now been appointed as the Director General of the West African Insurance Institute.”

Mr Bowen-John was a deputy Managing Director of Great Alliance Insurance Company Limited and he has been very much instrumental in all activities of the IAG over the years, according to Mr Jobarteh.

“I therefore wish to seize this opportunity to call on every one of us to give him a supporting hand as he has contributed and is still contributing to the development of our market.”