Weeklong festivities set aside to mark 200 years of Banjul 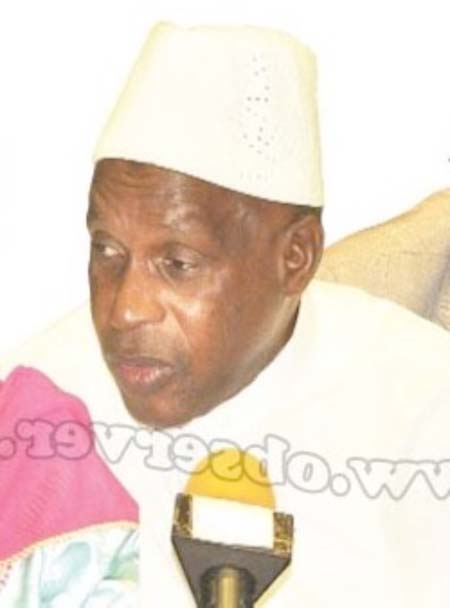 Preparations are at an advanced stage for a weeklong celebration to mark 200 years of Banjul since it was officially founded by the British in April 1816.

At least two months to the event, the organising committee of the bicentenary anniversary is leaving no stone unturned to make the event a success.

The committee, recently launched at Banjul City Council hall, has outlined a series of educational and social programmes to mark the day.

“The programme of events should initially be for an optimum period of one week commencing April 2016,” said Alhaji Ebou Taal, chairman of the organising committee.

As planned, events will include ‘fannal’ and ‘lantin’ parades; regatta (boat competition); cultural, educational and social programmes; and sensitisation on the need to protect and preserve historic sites, monuments and buildings in Banjul such as Kerr De Gaul, Fort Louvel, and Dingareh.

The veteran diplomat and historian said his committee also proposed to undertake a study of the cause and consequences of the accelerated mass exodus from Banjul to the Kombos in the past 30 years with a view to recommending prompt measures.

“To this end, appropriate and adequate low cost housing programme is an urgent necessity,” he said.

“Massive tree-planting should also be undertaken, as well as small-scale farming and gardening as was the case with the first inhabitants of Banjul and until the late 20th century.”

Mr Taal, who had served The Gambia as ambassador in various countries, both in Europe and Africa, said the committee will also look at efforts aimed at restoring the city’s past image and glory as the country’s social and cultural capital, apart from being the administrative capital.

“The former Youth Centre (Boys Club at former Allen Street) should be reconstructed and re-equipped so that the youths in Banjul will again have suitable place for their social, cultural and intellectual interaction and recreation,” Mr Taal said.

The organising committee has formed various sub committees in order to work collaboratively to achieve the requisite goals, in the short and medium term.

There are sub-committees on finance, culture, social and education, communications, development and environment, logistics, operations and security.

“More sub-committees would be created as the need areas,” he said.

“I must emphasise that we do not have a lot of time, barely two months to go, for the many things to be done,” Mr Taal explained.

“It will require a lot of sacrifice and resources – human, material and finance.”

“Significant in that the people of Banjul want to take stock of their past and present records so that they collectively and, in unity, chart a better future for our city and its inhabitants,” he said.

He also explained that as the capital city of The Gambia, Banjul’s 200th anniversary has national significance.It is in view of this, the minister said, that President Yahya Jammeh has granted approval for the observance of the great event.

“The approval by the head of state underscores the pivotal role Banjul has always played in the socio-economic development of The Gambia during the city’s journey from Banjulo to Bathurst then to Banjul,” he said.

The Major of Banjul, Abdoulie Bah, said 200 years ago the Island of Banjul was leased from the King of Kombo, in April 1816.

This was made possible by the Treaty of Paris of 1814 which gave the British the complete control of the River Gambia and access to its hinterland.

Although Legislative and Executive Councils respectively existed as early as 1843, the first municipal administration was put in place in 1930 when the Bathurst Urban District Council was set up.

With independence in 1965, the capital gained city status and the Bathurst City Council was born.Subsequently, in 1973, the city regained its real and indigenous name – Banjul.Then the city council became Banjul City Council.

Major Bah said the task ahead for the 200th anniversary of Banjul is great and will not be easy, but with the support of the government, the private sector and the NGOs, the event will succeed.