National Environmental Agency, in collaboration with the United Nations Development Programme, (UNDP) recently organised a one-day workshop on strategic meeting to manage waste in The Gambia, especially within the greater Banjul area (GBA).

Held at the Kairaba Beach Hotel, the workshop aimed at strengthening the effort of the Gambia government in its relentless fight against poor waste management and other environment-related problems.

“The National Environmental Agency (NEA) on behalf of the Government of the Gambia, in collaboration with the United Nations Development Programme, municipalities and local Area councils would put all hands on desk to map a lasting solution to the waste management problem the country is facing,” said the financial director of the NEA, Bully Dibba, in his opening remarks on the occasion.

Mr Dibba said the waste disposal in The Gambia, like many third world countries, is becoming a major environmental health hazard.

“Increasing quantities of waste and their changing compositions are a major challenge,” he said. “The cost of the disposal of large quantities of waste is often beyond our financial capacity. There is also poor institution capacity and political will to address the problem.”

According to him, the Millennium Development Goals set targets for environmental sustainability and access to environmental sanitation, but safe disposal of solid waste still seem beyond the capacity of the municipalities.

“We need to create a framework for a new national commitment to address poverty eradication that would ensure environmental sustainability by integrating the principles of sustainable development into country policies and programmes and reverse the loss of environmental resources,” he noted.

“We all know that waste quantities in this country are increasing at an alarming rate,” he averred. “We are all producing more waste annually now than ever; we are experiencing rapid economic growth and large cities such as Bansang, Basse, Bakau, Banjul, Farafenni and Serrekunda are already struggling with the improper disposal of large quantities of solid waste.”

He said currently the major expenditure is on collection and transportation but with more mechanisation and with need for proper disposal, the share of disposal coast will rise.

Mr Dibba said that many of our cities and towns lack facilities for safe disposal. “The current practice in most cities is uncontrolled dumping and it might take more than 20 years to provide sanitary disposal of municipal solid waste,” he noted. “With the growth of trade and industries the proportion of hazardous industries’ waste and its impact will also increase.”

The impact on the government for such a large quantity of waste could be very significant, he said, adding: “Some common methods of final disposal of waste are land filling, incineration and composting of the organic portion.” 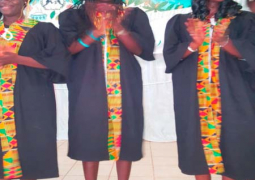