After his side eliminating out of the ongoing Baby Muhammed Jammeh Perpetual Zonal Championship over the weekend at the Serrekunda West Mini Stadium.

He revealed that Bakau is in The Gambia and they go back to the training ground and prepare well for their final game against Serrekunda East on Sunday.

He further revealed that he has a formidable striking department that can upset Serrekunda East and lift the championship at the end of the game.

According to him, Bakau have produced many players for the various national teams ranging from U-17, U-20 and the senior national team.

He assured his fans that they would do all efforts to make sure Bakau clinch the trophy for the third time in a row.

He thanked his fans for cheering the team in previous games and urged them to keep up the momentum. 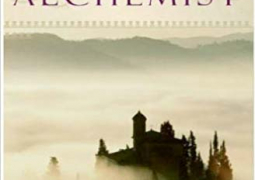 The Alchemist : by Paulo CoelhoI