Following his side's 2-0 defeat in the hands of neighbour Serrekunda East in the second semi-final of the ongoing Baby Muhammed Yahya Jammeh's Perpetual Zonal Championship, at the Serrekunda East Mini Stadium last Sunday 6th December 2009, the Head Coach of Serrekunda West zonal team, Amat Cham, revealed that his team lost to a most determined side Serrekunda East.

He also revealed that the game was not an easy one, adding that the goals they conceded were all lack of concentration.

Head Coach Cham further stated that he was not disappointed with the performance of his players because last year they did not reach the stage, noting that their objective was to win the game and proceed to the final.

For his part, Lamin Jammeh, alias Dugal has expressed delight at the victory, noting that they had prepared very well knowing that the game was not going to be an easy one.

According to Head Coach Jammeh, they will prepare well for the final game against Bakau this Sunday 13th December 2009, adding that they will see a very good final.

He also revealed that they are going all out for a victory against Bakau in the final on Sunday.

He finally urged the fans of Serrekunda East to cheer the team and promised that they will make them happy at the end of the game.

Previous:
Western region sports committee chairman unhappy with nsc
Next:
"We will retain title for the third time" - Kebba Touray 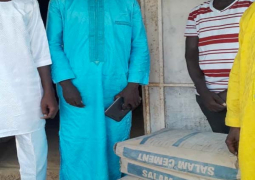