Sainey Sanyang, the Bakau zonal team coach, has claimed that the Bakau zone is “always victimized in Gambian football.”

This is due to the fact that they do not have ministers, authorities, referees or backing for anywhere, he added.

Sanyang who made these remarks on Sunday after losing the Super Nawetan finals to Serrekunda East, added that it was unfair for the encounter to be played at the Serrekunda East Mini Stadium as it gave their opponents more advantage over his side.

“I was happy when I knew we will meet East in the final, but knew it was going to be tough since we are to play in their grounds,” he said, adding that they prepared for the game.

“Bakau is always victimized in Gambian football, but whatever happens we always take it in good faith”, he told reporters, recalling that “in 2009, the finals was schedule to be played at the Independence Stadium, but when East qualified for the final they shifted the venue to Serrekunda West.”

It was not fair to play the final at East, he stated, and that Bakau fans protested, but this year their slogan was ‘Team Bakau Say No to Violence.’

“It was very hard and unfair for Bakau to play the finals at East’s home grounds”, Sanyang declared.

Sanyang, it would be recalled, was suspended for the rest of the competition by the Super Nawetan Organising Committee.

“We knew that even when we challenge the decision to reschedule the venue somewhere else there is no possibility of it being rescheduled.”

“Bakau are not lucky, because we do not have ministers, authorities, referees or backing from elsewhere”, he went on, adding that what their community needs is people from Bakau to work strongly together.

“We knew it was not going to be easy, because East were playing at home”.

Sanyang, however, said he game was fair and keenly contested, and they have accepted the results in good faith.

They will go back and work harder to come back stronger next year, he announced, and thanked the community of Bakau.

Despite the team being the youngest, they were the most prepared, according to Sanyang. The team was strong this year because the unity was there, he continued.

He was sad that they lost, “but this is football,” he said.

Sanyang was “pleased with the officiating of the game, as all went well.” 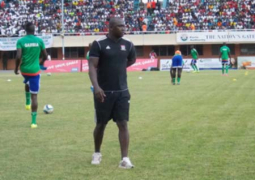