This year’s national youth convergence will to be held in Jarra Soma, Lower River Region, from 12 to 21 December 2014, on the theme: “Youth Entrepreneurship and Sport Development”.

In her launching remarks, Governor Hydara underscored the importance of the theme, saying it indicates the significance government attaches to youth development.

She urged the young people of the region to forget about their individual interest and work towards the development of the region and that of the country at large.

Governor Hydara noted that her aims and objectives are to ensure that the flag of the region is raised high in any kind of competition.

Governor Hydara advised young people to maintain discipline with a view to winning all major trophies for the region, and commended the regional area council for their continued support towards the development of young people in the region.

According to her, the importance of NAYCONF could not be overemphasised as it immensely helps in molding our future leaders and assured them of regional authorities’ continued support.

She called for concerted efforts from all stakeholders in the region to ensure they live up to expectations.

The West Coast governor urged members of the local organizing committee to be responsive and tolerant in delivering their duties to the young ones both during and after NAYCONF.

The Chairman of the Brikama Area Council, Bakary Saibo Sanneh, urged the committee members to live up to expectations, while emphasizing the need for young people in the region to work towards national development.

He assured them of the council’s steadfastness in bringing development to the doorsteps of rural Gambians, as the money they are spending is from taxpayers.

The Regional Youth Chairman, Dembo Kambi, stressed the need for unity among the youth in the region.

He thanked the staff and management of Brikama Area Council for their commitment to youth development in the region, while assuring regional authorities that if the required resources are given to the young people they would this year bring back all the major trophies to the region.

Previous:
SPEECH BY Ms Agnès GUILLAUD, Chargée d’Affaires of the European Union to the Republic of The Gambia
Next:
GEF, UNIDO conduct training on curriculum development 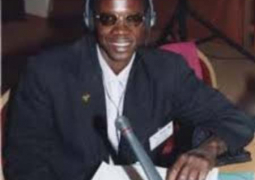 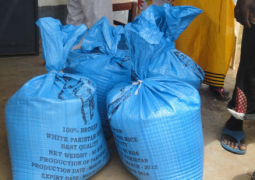