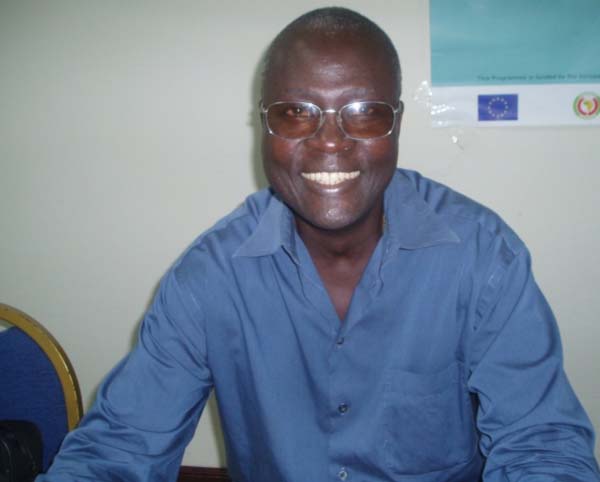 The West African Quality System Programme (WAQSP) has been allocated a grant of 12 million euros by the European Union to support the implementation of Ecowas regional quality policy dubbed ECOQUAL.

The policy is aimed at establishing a framework for the development and operation of suitable, relevant, efficient and effective quality infrastructures to facilitate intra-regional and international trade.

WAQSP is one component of a larger EU-funded programme on competiveness and private sector support for West Africa.

The WAQSP national technical coordinator for The Gambia, Joseph Ndenn, said the programme is funded by the European Union and implemented by the United Nations Industrial Development Organisation.

He was speaking at a two-day workshop for journalists and other media professionals on quality infrastructure, organised by the Gambia Standards Bureau under the aegis of WAQSP at a hotel in Kololi on 8 – 9 September, 2015.

Mr Ndeen said these phases were very successful in the sense that they have helped beneficiary countries to build their national quality infrastructures.

In The Gambia specifically, the second programme has helped upgrade many laboratories such as the NARI afflatoxin testing lab.The programme has also helped The Gambia government to set up the Gambia Standards Bureau and the Food Safety Quality Control Authority.

The WAQSP national technical coordinator for The Gambia said it is based on the successes of the first two phases that the third phase is being implemented, to further consolidate the gains registered and also support the implementation of the regional quality policy developed by Ecowas.

Mr Ndenn said it is also aimed at establishing a framework for the development and operation of suitable, relevant, efficient and effective quality infrastructures to facilitate intra-regional and international trade.

He said even though WAQSP is to primarily support the implementation of the regionalquality policy of ECOWAS, it is also working at national levels with Ecowas member states to consolidate the issues of national standards and quality infrastructure.

The programme will also contribute towards the implementation of the ECOWAS External Tariff and the Economic Partnership Agreement.

The WAQSP national coordinator said the programme would also provide technical assistance in standardisation, accreditation, conformity assessment and quality promotion to public institutions and the private sector in the sub-region.

“These would help increase competitiveness and improve protection of consumers,” he said.

WAQSP has four specific objectives, including to ensure that the private sector has access to strategically prioritised and harmonised standards to facilitate regional and international trade, and to enable private and public sectors to have access to a network of accredited and competitive conformity assessment services provided in the region.