Many soccer fans will be expecting their teams to regain form. The question is can our league become like the English Premership where the four best teams always regain their places in the table with the likes of Manchester United, Chelsea, Arsenal, and Liverpool always vying for the top spots.

We do recall that during the opening of the first round in the English league lot of surprises happened as newly promoted teams give the big teams a good run, but at the end the best four always come in.

In this year's Gambia Football Association national first division league we witnessed a similar situation where the newly promoted side Samger FC dominating the first round of the league. This will be a good test for the big teams in the league to stay alert as the Academy Boys look very sharp in the way they play their samba football.

The team is compact and is intact as Samger have been playing together for almost 4 good years. The same players, the same teamwork, the experience combined with the intelligent tactics of former coaches like of Ebrima Manneh of Interior FC and Joe Tennis. Jaine Joof, as current Head Coach, has contributed a lot in the academy team.

In the first round of the league we witnessed good games being played and we expect the same or better in the second round.

The opening game between Hawks FC and Africell Sait Matty at the Sere Kunda West Mini Stadium will not be and easy game. Both teams met in the first round but the Red Devils of Hawks won 1-0. Both teams have prepared well for the second round after a 3 week break but will the 3rd place holders take revenge having been beaten by the Red Devils of Hawks in the first round.

The 2007 GFA league champions Real de Banjul lock horns with the Security Boys Interior FC. Both teams will be looking for a win and a win for the City Boys of Real will see them top the league as the current league leaders Samger are not in action today. Interior FC need to avoid defeat again at the hands of Real. Interior need to double their efforts if they want to stay in the first division this season.

Bakau United take on the Ferry Boys of GPA on Saturday May 3rd 2008. The Ferry Boys are still struggling since their defeat in the Confederation Cup but are not in a bad position. The only trouble is they need to focus in the second round. GPA are the first team to beat the Academy Boys in the first round with Africell Sait Matty. Bakau United are not the real Bakau giants that we knew these last 2 season as they escaped relegation last season. This season too they are still struggling at the bottom of the league table so they need to avoid defeat in the opening game of the second round with GPA.

Wallidan take on the Green Boys of Armed Forces. What an interesting game it will be. The blue boys of Wallidan and Armed Forces met in the first round and we witnessed a beautiful game, played at the Independence Stadium in Bakau. The game will not be an easy game. The Army Boys lost to Wallidan 1-0. The game will be expected to be a tough encounter  and a heavy battle in the midfield of play. The Green Boys will be looking to the arrival of their star player Omar Mbye alias O Boy which will be a bonus to them.

In the Bakau Derby Sea View take on Steve Biko.

Sea View are still struggling since the first round but looking at the record of the head coach Alhagie Sarr, former GPA coach, he is very focussed in second round games and the tactics that he uses are always workable. We expect to see a different  Sea View in the second round games. Looking at Steve Biko, the team play good football like the Brazilian samba game. They knock the ball so well with the likes of Habib Kunta and Ous Kolley always performing. But the team needs to work on their scoring ability as it seems that they lack the finishing touch.

Meanwhile the league table and the fixtures for week 12 stand as follows: 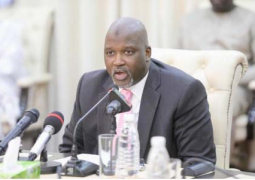