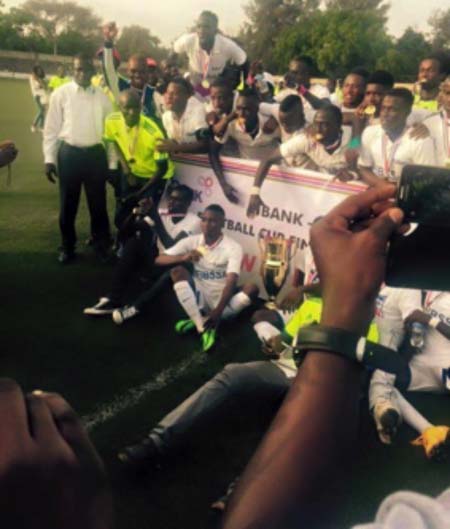 Gamtel, who lifted their first-ever league a fortnight ago, came into the game with the objective of beating Wallidan in the final and complete a double.

Wallidan, who were the last to win the FA Cup title in 2008 season, also came into the game with the intention of beating Gamtel to end their eight-year trophy drought.

Both sides made a flying start to the game and caused serious assaults at each other’s goal.

Bakary Njie could have given Wallidan the lead in the first half from the penalty spot but his shot was denied by Gamtel’s custodian Musa Camara.

Gamtel, on the other hand, also came close to opening the score, but failed to capitalize on their limited goal-scoring opportunities thus the first half ended blank.

Upon resumption of the game, both sides picked up where they left off in the first half in search of the opening goal.

Wallidan opened the score through striker Saikou Conteh in the 79th minute of the game from the penalty spot to give blue boys the lead before Modou Lamin Manneh sealed the victory in the dying minutes to earn Wallidan the FA Cup title and also end their eight-year trophy drought.

Gamtel responded back quickly for an equalizer but could not break through Wallidan’s solid defence line thus the game ended 2-0 in favour of Wallidan. 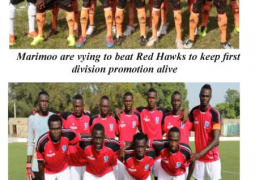 Four charged with trafficking in person