WAFU executive should shoulder the blame

The finals in the just-concluded WAFU Zone A tournament, held in Senegal, were not satisfactory at all as the circumstance that led to the disqualification of The Gambia U-20 team was largely caused by the WAFU executive.

Admittedly, the tournament started on a good footing.But the executive threw away the baby with the bathwater in the final game of the competition between Gambia and Senegal, when they said one thing at the beginning and another at the end.

The mistake they made was announcing at the beginning of the finals that there would be no extra time, should regulation time end in a stalemate.

So psychologically, players were only ready for the 90-minute encounter.

Confusingly, about 15 minutes to the end of the match, the executive reversed their decision, saying there would be extra time.But the boys were mentally switched off on hearing such a sudden change of rule for the match.

As a result, the Gambian team refused to play the extra time, which led to their disqualification from the sub-regional competition.

Instead of punishing The Gambia, WAFU should own up to its responsibility and try to reach a compromise.

In essence, the executive should resign for they have shown their incompetence openly for all who care to see.

It is probably due to this weakness that the participation of countries has not been welcoming.

Last year, only 3 out of 9 countries participated in the WAFU Zone A competition.This year, 4 teams showed up!

The organisational aspect of the tournament, just like WAFU itself, should be revamped and this cannot be done by the current executive.

A new executive should be elected to manage the affairs of the sub-regional football union, founded in 1975.

However, Gambian footballers and football authorities should also take note and read all the small prints guiding the conduct of any competition in which they are taking part.

Sport, football in particular, fosters unity, but it can also serve as a source of disunity among nations if it is not administered properly.

“ No human being will work hard at anything unless they believe that they are working for competence.” 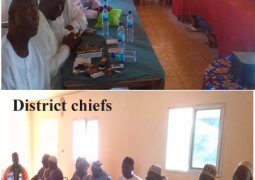 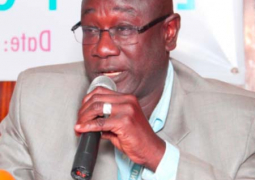