MANAGING LOCAL TAX IN THE GAMBIA: WHAT THE PUBLIC NEED TO KNOW 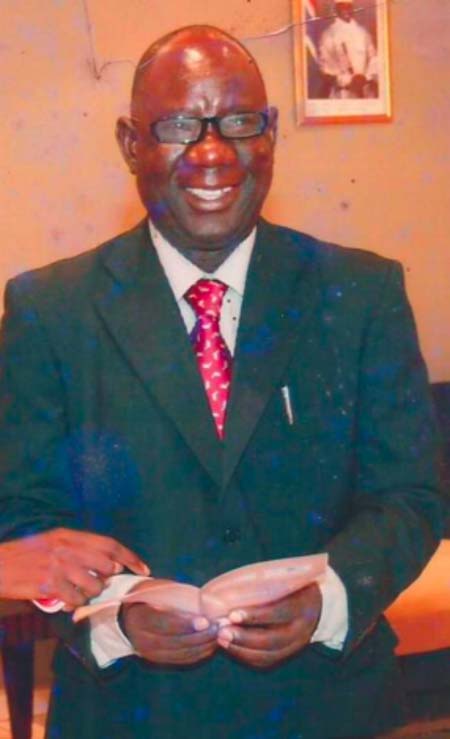 Fiscal decentralization was put in the spot light last week with a press release giving authority to GRA to assume responsibility for te collection of all revenues on behalf of councils with effect from Marcg 1st, 2015. The Press Release conveyed a precise Executive Directive but no more light ws shed on the back ground of this “knee jerk” policy shift or its anticipated gains in local development and fiscal economy of the country.

The means used to transfer and enforce power downwards are critical and can affect local/regional development planning indirectly in that they can determine the effectiveness with which decentralization as a national process is adopted. under our laws, local power or authority was decentralized by legislation but in circumstances enforceable by non-legislative means. Non-legal measures can take from political direction to various administrative devices provided in the various sections of the local government Act 2002 which include financial and public service rules and regulations.

Without a more comprehensive policy statement on the back ground of the Executive Directive, we can only as concerned citizens assume that this was not an easy decision for government. Probably a serious case of inefficiency, poor implementation performance and inadequate accountability measures in local financing arrangements have been called into question. Whatever the situation we should hope that its only a temporal measure and the concerns, (whatever they are) have not triggered a policy back pedal to the dark era of detailed regulations and inefficient top down system of local governance inherited from the First Republic.

In local government financing the term accountability is used to mean that local councils respect taxpayers’ preferences so that the marginal benefits of increased local spending exceed or equal the marginal offer to taxpayers. Accountability is neither a “product” nor a “stage”, but an ongoing process with an intrinsic motivation to disclose information and include the primary stakeholders in the project cycle as well as empower them to voice their interests. Accountability is an opportunity to learn and improve and requires investment in relationships between those who are in power and tose who are not in power.

Whichever way local tax goes from now, someone has to be accountable for its judicious role in local democracy and participatory development. In democratic literature accountability is defined as the obligation of power holders to take responsibility and be answerable and liable with regard to their actions and choices. Power holders refer to those who hold political, financial or other forms of power, central government, local governments, civil society organisations and market actors. In practice local accountability in fiscal decentralization must regulate and protect measures that improve local efficiency.

Two components are essential for this and they include: 1) Answerability: The right of the people to get a response and the duty of the power holder to provide it; 2) Enforceability: The capacity to ensure that an action is taken through access to mechanisms for redress when accountability fails (IDS, 2006). The different forms of accountability often overlap and cannot be strictly separated from each other. Downward accountability obliges the power holders to be accountable to the people. This overlaps with public accountability which refer to the spending of public resources and the execution of public duties and responsibilities that serve the public. It is thus the central and local governments who are accountable to the citizens for all their actions and decisions taken wit regard to local tax.

Historically the experiences of countries in transforming their economies, improving conditions of life in their inner cities and rural communities taught us that the problematic of local and regional development in the Gambia was rooted in an international development system that relied on the prescription of filing technological or resource gaps and addressing the development issue through transfer of technology and investment in capital formation to close the resource gap (Cohen and Uphoff 1980: 215). This experience became the basis for the revision of thinking about development concepts. holding as observed in most developing countries that a critical organization gap existed in relations between the national (center) and local communities characterized in only one dimensional top-down and extractive way rather than a co-operative and mutually supportive one (Cohen and Uphoff 1980: 215). We (Gambia) came along as the departure from the centrist view was pushed by the international community, new trends began with widespread moves in democratization processes towards decentralizing the management of economic and social development and increasing popular participation. Decentralization was advocated as a means of improving the planning and implementation of development activities (Rondinelli 1978; Cheema and Rodinelli 1983; Smith 1985).

Until the advent of the 1997 constitution, local government policy in the Gambia was based on macro-economically and macro regionally oriented development concepts. The basic assumptions in our 1st and 2nd (5) year development plans (1985-90 and 1990-95) held that decentralization of benefits of growth would occur by trickling down through socio-economic groups and by spreading over space. Over the years of course the evidence was that growth in national income often implied a worsening of personal income distribution and that growth poles, whether economic or spatial, had only few spread effects. The lack of progress in economic and institutional infrastructure and social services and the resulting deterioration of life in the rural areas and inner city areas was the overarching concern of the government of the 2nd Republic as well as to international development partners that triggered the motive for decentralization as an agenda item in the 1996 constitutional reform process.

Local tax is the vital life-blood of local democracies. When judiciously and accountably utilized it improves the implementation and sustainability of projects, leads to efficient allocation of resources by closing information gaps between local communities and the central actor (De Groot 1988), harmonize central and local government actions to the best interest of citizens (Moharran 1988). More recently as a result of changes in the global order, the collapse of the socialist world system, the transition of the countries of Eastern and Central Europe and the former Soviet Union from command economies to market economies have triggered new patterns of national and global governance which accommodate the rise of people’s aspirations. This new pattern envisages widespread participation, embracing every aspect of development including reforming of markets and offering everyone access to their benefits.

The financing of development programmes and flexible service delivery by councils is ensured by tax revenues. The local rate is determined by the individual local authority based on a government issued flat rate levy of (001) source (DLG). This is very modest even by African standards and local tax revenue has been the major source of local government financing, current figures are not available for the municipal/local average tax rate but my guess is that it yields nearly three-quarters of the total cost of local sector investments by councils. Without an efficient and accountable control over these limited tax resources, councils’ position as partners in poverty alleviation, provision of social infrastructure, healthcare, education, security, transport and local services etc will be compromised.

Political action is assumed to be rational with both politicians and voters acting in their self-interest. The politician’s objective is to maximize votes so as to stay in power. The voter’s objective is to maximize the net benefits which she or he derives from fiscal operations, i.e, the excess of benefits derived from government expenditures over the voter’s tax costs. People will thus cast their votes for those who will best represent their interests, and politicians will offer programs and support legislation which presumably best meet the interests of their constituents. Those politicians who come closest to doing so will receive the most votes and hence gain or retain political power (Musgrave and Masgrave 1982: 115-16).