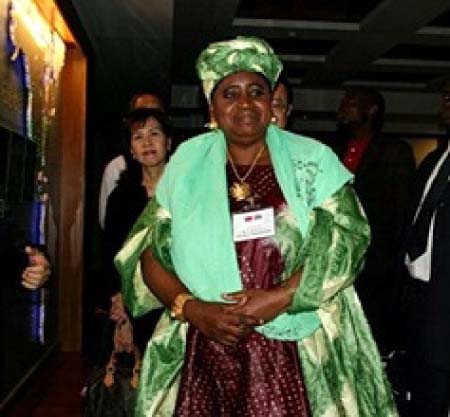 According to information from impeccable sources, the Vice President is attending the ROC National Day celebrations and exchange experience in the field of food safety and quality control.

In addition to attending the National Day Ceremony and 102nd National Day Reception, the VP and delegation will also call at the International Cooperation and Development Fund (Taiwan ICDF) and meet with Gambian students studying at National Taipei University of Technology.

The Gambia is an important ally of the ROC in West Africa. Over the years, it has consistently supported ROC participation in the United Nations, the World Health Organization and other international organizations.

Moreover, after the devastation of Typhoon Marokot hit Taiwan in August 2009, Vice President Njie-Saidy donated US$700,000 on behalf of the government and people of The Gambia.

Since the ROC and The Gambia resumed diplomatic relations in 1995, the two countries have successfully undertaken many cooperation projects across a wide range of areas.