Speaking at the official launching, Dr Njie Saidy said the government is committed to the eradication of Malaria, noting that some 700,000 people nationwide will be given nets free of charge.

According to the Vice President, the number represents the first batch of nets to be supplied directly to all households. This, she added, would be followed by a further 1.5 million bednets that would be distributed through medical and health facilities.

She stated that one of the hallmarks of the Gambia's development agenda has always been to wage war against all diseases, especially preventable diseases like Malaria, noting that the subsequent implementation of the indoor residual spraying across the country, clearly demonstrated the commitment of the Gambia government in this direction.

Vice President Njie-Saidy also seized the occasion to thank the WHO, UNDP, CRS, the Global Fund to Fight AIDS, TB and malaria and the NGO community for their significant support and contribution towards the fight against Malaria, among other diseases.

Delivering his statement  on the occasion, Ahmed Jaegan Loum, Chair of the Country Coordinating Mechanism (CCM), stated that the Global Fund to Fight AIDS, Tuberculosis and Malaria is a public-private partnership established in 2002 to mobilize and intensify the international response to three global epidemics, and thereby help achieve the Millennium Development Goals (MDGs).

He pointed out that from its funding through December 2009, the Global Fund board approved proposals totaling US$ 19.2 billion and disbursed US$ 10 billion for HIV, tuberculosis (TB) and malaria control.

He added that the Global Fund approved malaria proposals had a total of US$ 5.3 billion covering 83 countries by 2008, noting that 57 percent of  international disbursements for malaria Control and its investments have played a critical role in introducing and expanding coverage of effective Malaria treatments in many countries, where drug resistance to older treatments is high.

The permanent secretary Ministry of Health and Social Welfare, Mrs Matty Bouye, said Malaria remains a major public health problem in the country, adding that it is not only a health problem, but  a development problem as well.

According to her, The Gambia has made significant strides in the fight against malaria.

Other speakers at the ceremony were the country representative for CRS, Nicole Poirier, and the Mayor of KMC, Yankuba Colley. 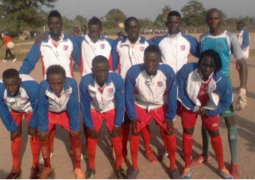 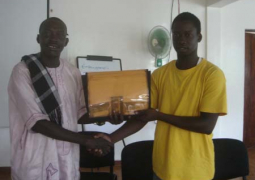