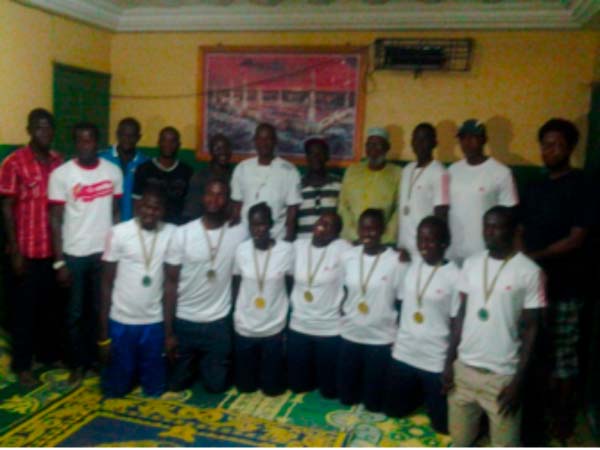 Following their brilliant performance in the CAVB beach volleyball continental cup in Ivory Coast, the Gambia volleyball team led by President Yunusa Barry paid a courtesy call to the Gambian Consul General in Abidjan, Alagie Sibi, at his residence in Koumassi on Sunday 15 November 2015.

Speaking at the meeting, the Gambia National Olympic Committee Information Assistant, Namory Trawally, commented on the support the Gambian rep had been rendering to the Gambian delegations since their arrival in Abidjan.

He extended prayers to the Sibi family and called on Gambians to emulate his magnanimity.

“The Consul General is a great man, he always supports the wellbeing of Gambians and we are grateful,” Kuyateh opined.

The president of Gambia Volleyball Federation, Yunusa Barry, thanked the Consul General for his support and urged Gambians to heed his call and strengthen the existing relationship between them.

“The Gambian Consul has offered us a full paid one-night lodging prior to our flying to Banjul, for which we are grateful,” he said.

“We are very much happy to learn about the good relationship among Gambians in Abidjan and this message will be relayed to Gambians at home,” Barry noted.

He concluded by thanking the President of The Gambia, Yahya AJJ Jammeh, for the enabling environment he created.

The elated Gambian Consular General Alagie Sibi congratulated the Gambian team for the triumph at the games and urged them to continue the momentum.

Gambians are lucky because we have a very dynamic leader in President Jammeh and despite being one of the smallest nations in Africa we can make big things and that is what the volleyball team demonstrated here in Abidjan,” the consul said.

The Gambia beach volleyball team was fully funded by the Gambia National Olympic Committee with air tickets, transit hotel fees, and subsistence allowances for the delegations.

The Gambia finish with gold medalist in the women events and silver in men events and the teams are both qualified to the semifinals of the continental cup in early 2016.

Previous:
Czech Bikes for Gambian Schools to bout with Gunjur Youths in Solidarity match
Next:
Sabally is new boss of Daily Observer 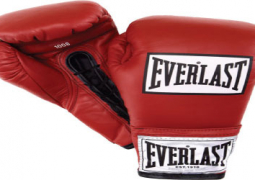