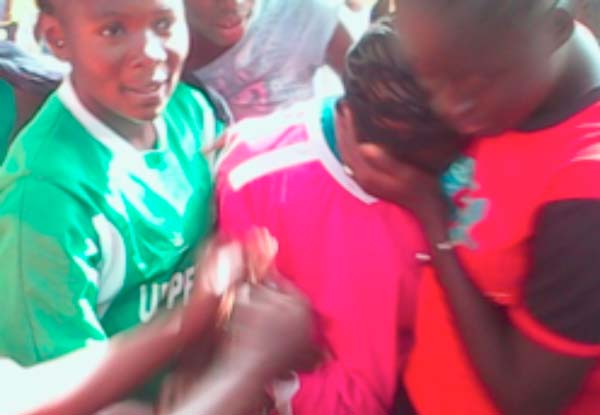 The football match between the female sides of Basse and Tambacounda, both representatives of The Gambia and Senegal respectively, in the on going 26th edition of the Safra fiesta in Basse was marred by violence resulting in its abandonment on Sunday 27 December 2015 at the Basse mini stadium.

The commotion began when The Gambia registered their second goal, which raised the temper of the Tambacounda girls, and the game was later called off with 2-1 in favour of the Basse girls.

Speaking to The Point, Pa Suwareh Faye, deputy director of planning at the Ministry of Youth and Sports who was present at the time of playing and witnessed the whole scene, said the competition was meant for integration, which is why prizes will not be given at the end of the tournament.

He said there is a need to know the objectives of every competition before participating in it; hence Safra’s objective is to foster unity and friendship among participating nations, from which these participants wanted to deviate.

He commented on the officiating of the match, saying the referee did not help things with certain decisions he made in the field during the game; “because he did not intervene at the right time; if he did the tension would have been avoided”.

According to Faye, the referee is a regional official and not a Fifa or Caf referee, which was probably the reason he handled matters the way he did.

Pa Faye highlighted the importance of a strong leadership in a team, saying that was lacking among the two teams; hence there was no one to call them to order, to caution them; rather they were focusing on winning.

“One of the Senegalese officials noted the reality and didn’t blame neither the referee nor the Gambian team, but his own team for lack of leadership,” he added.

Alagie Muya Baldeh, head coach of Basse female football team, expressed his disappointment about the incident, stating that football has to go with discipline.

“The Gambia and Senegal are one family, but when my team scored their second goal, they attacked the referee; but even with that the referee was lenient with them, because he knows this is just about uniting Safra nations.”

The whole fracas was later settled by Governor Omar Sompo Cessay, wherein Pa Suwareh Faye among other stakeholders with the two sides came together to clear any hard feelings among them and voiced the brotherhood song entitled: “Home Sweet Home, when shall I see my home, when shall I see my native land; I will never forget my home again!” 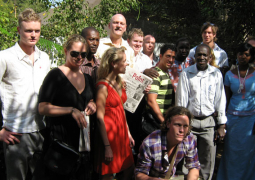