The Baby Scorpions of Gambia booked their place in the finals of the ongoing 8th CAF U-17 Championship in after a 4-0 thrashing of in the semi-final clash in Zeralda on Saturday.

The Malawian Junior Flames who replaced the Young Menas of Niger, after the latter's disqualification for age cheating were simply no match for the Baby Scorpions, who proved their worth with four unanswered goals.

The Scorpions, yet to concede at the championship, scored the first goal after two minutes through Pateh Nyang before Alasana Camara authenticated his side's lead on 18 minutes with a perfect strike.

The Gambians, winners in 2005 out-marked their Malawian counterparts in every department of the game had their efforts rewarded with two further goals in the second half.

Striker Ebrima Bojang put his side three goals up on 53 minutes before Saihou Gassama sealed victory with the fourth goal ten minutes from time.

The victory confirms the Baby Scorpions as one of the emerging giants of youth football on the continent, and sets the stage for the final against on Thursday.

who  were drafted in as replacements  qualify for the under-17 World Cup in later this year.

The second semi-final, between the hosts and , saw the home side secure a 1-0 win.

The final is on Thursday 2 April, whilst and will play-off for third place on Wednesday 1 April. 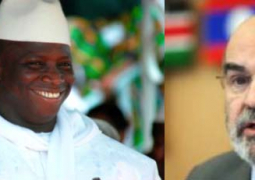