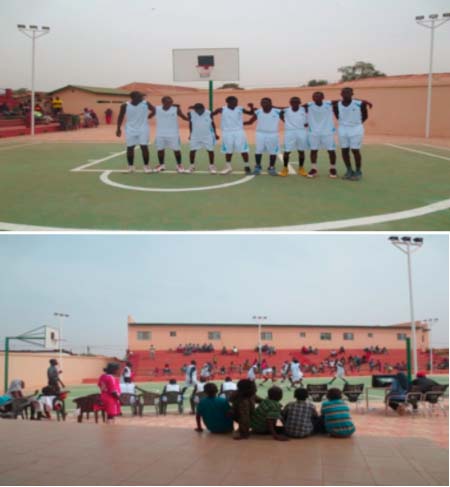 As the hit of the Safra game intensifies in different sporting activities marking this year’s Safra edition, the Gambia male basketball team, which started their 2015 Safra games woefully on Saturday, already have conceded two consecutive defeats within 24 hours.

In day two of the basketball championship match played at the Community Youth Centre in Basse, the Basse Basketball Team slumbered as Tamba Counda team came from behind to win 57-47 at full time.

The host region started brightly, as they rolled and controlled the ball to their satisfaction, which gave them the upper-hand in the entire first half, while Malick Ndimballan was the icon for the team as he scored most of the baskets for his team.

Ndimballan was able to impress the audience throughout the game so much that if two of his type were available at Coach Ebrima Dibba’s disposal, his Basse team would have carried the day. But the match ended 25-25 in the first half.

It turned a dramatic performance full of excitement as the two teams resumed the second half of the game from a complete rest that geared them up.

As the game continued to prevail, Tamba Counda coach Lamin Ndoye could not conceal the pressure that Basse piled on his team.

However, he came in as a second-half substitute and turned the game around to his own show.

Speaking to reporters shortly after the game, Ndoye said he came into the game to motivate his team and lead them to success.

Coach Ndoye further added that the win doesn’t matter much; what matter most is the unity among the Safra nations.

His counterpart Ebrima Dibba, the over shocked gaffer for Basse basketball team, was disappointed by the two consecutive losses within 24 hours, Ndoye explained.

He believes he has an injury doubt as most of his players used the ‘back way’ route to Europe via Tripoli-Italy.

He lamented that his present players are too young and lacked much experience. With hope, he said, at the end of the tournament they might have got more experience to do more in the Safra 2016 edition.

Meanwhile, Basse male basketball team was pounded 63-29 by Gabou; Guinea-Bissau at the games late opener was played on Saturday while Boke of Guinea Conakry succumbed 70-23 to Tamba Counda of Senegal in the second fixture respectively.

On the other hand, Gabou girls lost 14-39 to Tamba Counda female in the early morning breakfast show.

Why are men reluctant worldwide to seek medical help? 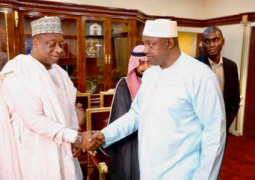