The s vice president has led an eight-member delegation to from 4 to 8 November 2010 at the invitation of the government of the Republic of China on , according to s Ministry of Foreign Affairs.

President Ma Ying-Jeou will receive HE Vice-President Aja Dr Isatou Njie-Saidy and host a welcome lunch in her honour.

In addition, Vice-President Njie-Saidy will meet with the Minister of Foreign Affairs of Taiwan, Timothy Yang, and attend the welcoming reception that will be hosted by Mr Yang.

The delegates are also on schedule to visit the , the 2010 Taipei International Flora Expo, the National Disaster Prevention and Protection Commission, SpeedTech Corp, , the Buddhist Compassion Relief Tzu Chi, , among other cultural and economic establishments.

Vice-President Njie-Saidy will also meet with Gambian students at the National Taipei University of Technology.

The trip marks the Gambian vice president's fourth visit to , which will also provide her and the delegates an opportunity to better understand the latest social, cultural and economic developments in .

Vice-President Njie-Saidy's visit will certainly boost bilateral cooperation and deepen the cordial relations between and The Gambia.

Since and The Gambia resumed diplomatic ties in 1995, their bilateral relations have further strengthened. Both countries have successfully undertaken various cooperation projects in infrastructure, construction, medicine and public health, and agriculture. 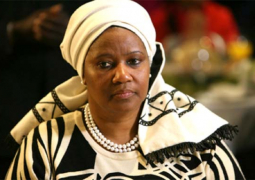 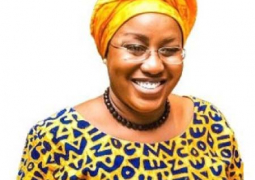