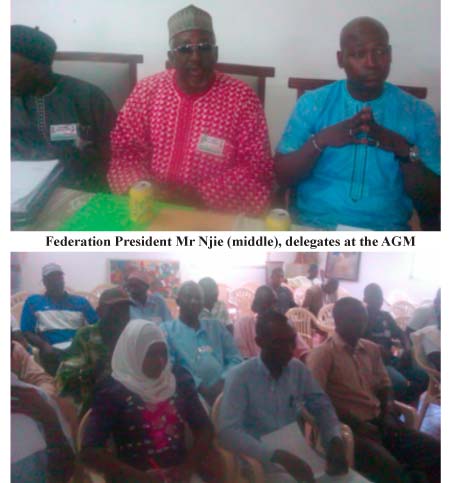 Alhagie Antouman Njie, president of the federation, thanked the Ministry of Youth and Sports, National Sports Council, the Gambia National Olympic Committee, as well as his executive members for being supportive to the federation.

Giving a rundown of the activities of the federation, Mr Njie said in January 2014, the federation attended a meeting with Gery Casparov in Senegal with other countries.He said at the meeting, Mr Casparov informed them of his intentions and also highlighted his achievements and plans for chess and promised to give Africa special attention.

In February, he went on, they organised a 3-day chess tournament at Badala Park Hotel and prizes were awarded to all winners at the end of the competition.

In May 2014, a delegation from the Chess Federation paid a courtesy call on the permanent secretary, Ministry of Basic and Secondary Education and at the meeting they informed PS of their intention to introduce chess in schools.

In July 2014, a total of 30 schools were identified to participate in the game.

In August 2014, a delegation of eight people travelled to Norway to participate in the 41 World Chess Olympiad.At the end of the tournament, the election for the FIDE president was conducted and Mr Njie, himself, participated in the election process.

“Unfortunately for the Gambian delegation, at the end of the competition, Modou Betaye and Joseph Daliah, absconded and failed to return to The Gambia,” Mr Njie said. He appealed to would-be delegates to desist from such “ungentlemanly attitude as failure to return home with fellow delegates will tarnish the image of the chess federation and by extension the nation”.

In December 2014, the secretariat of the Gambia Chess Federation was inaugurated and a competition was organised.

The chess federation president said the 2015 activities of the federation were shadowed by fulfilling formalities and conditionalities geared towards obtaining recognition by the NSC.

“Chess committees have now been established in all regions of the country to meet a national character,” Mr Njie said.

In July 2015, the federation secretariat received a bill of pledge from FIDE confirming the shipment of chess materials for schools, though the items are yet to be received.

Assistant Secretary General Antony Bahoum in his report outlined the progress registered by the federation since taking office.

Prior to participating in the 41 World Chess Olympaid, The Gambia last competed in the tournament in 1986.

Mr Bahoum said students stand to benefit academically should they choose to embrace chess, because it is a mind game which allows one to think fast in order to counter the opponents.

Ebou Secka, representative of the National Sports Council, commended the federation for their commitment. He called on them to be staging more tournaments as it will give them more champions.

He also called for the need for regional committees to be provided with the required materials in other to be at par with those in the Greater Banjul Area.

Secka said the NSC will not tolerate any sporting association that will not hold an AGM.

Mr Secka said the NSC is working with the University of The Gambia to give them a package to train sports administrators. 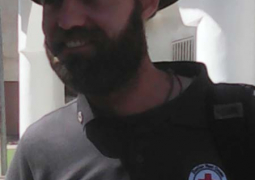