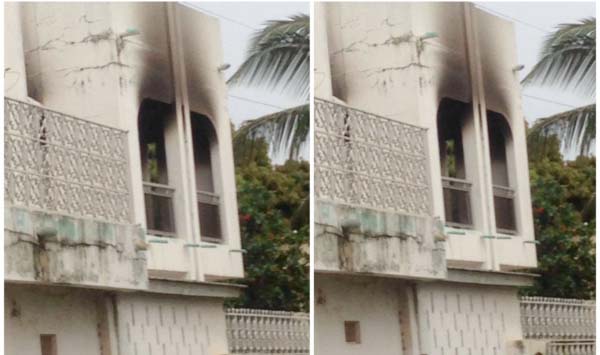 State TV reported on Sunday night that the Kanifing office of the ruling APRC party was set on fire by unknown ‘culprits’.

Several equipment and documents were burnt in the arson attack.

The state media said the incident did not cause any fatality, and the authorities described it as a “heinous crime”.

Senior party members visited the place to assess the level of damage.

Meanwhile, security officials are investigating the cause and people behind the attack, according to the state media news report.

It would be noted that the country’s presidential election is scheduled for December 1, 2016.