Veteran agriculturist Pa Hydara has called on Gambian farmers to  apply diversification in tilling the land and venturing into poultry farming, sheep fattening and fruit tree planting, saying “it is a viable venture”.

Hydara made these statements at his garden in Janjanbureh town, Central River Region, in an interview with our correspondent.

Mr Hydara runs a farm of poultry, sheep fattening and fruit trees and banana plantation in the same orchard in his town.

He further admonished farmers to adopt the strategy of bio-security, “which will help them greatly”.

Establishing a strong poultry and sheep fattening farming would yield a good profit at the end of the day, which is necessary to meet the needs of the farmers, he reasoned. “I firmly believe that if the country is to attain food self-sufficiency the youth of the country must go back to the land, as called by President Jammeh,” he emphasised.

“One may ask why I am emphasizing on the youth; this is simply because as youth we are strong, energetic and able to work hard on farms for better productivity.”

According to him, The Gambia is blessed with arable land and fresh water across the country and we should make best use of the land and the water, if we are to achieve food self-sufficiency, thus end household food insecurity.

It’s sad to note that one reason why the country’s agricultural production is reducing drastically for the past few years is because most of the able men and women have turned their backs on farming.

They prefer staying in the urban areas or travelling to Europe through illegal migration in many cases, to going to the farm to till the land. “Some youths see farming as a hopeless field, forgetting that farming is a wealthy profession,” he said.

He further disclosed that he started his farm as an orchard few years ago through his brother’s support. But he is now able to expand his farm to include poultry and sheep fattening farms within the same orchard.

To him, the income generated from the farm is what is being used to buy poultry and sheep feed and cover the cost of the farm’s upkeep.

He appealed to NGOs, the government and philanthropists to assist him and allow him to expand further.

He says that his continued expansion will be good for the community of Janjangbureh and the surroundings to meet the high demand of foodstuffs thus creating employment opportunity for many local youths.

Hydara also urged successful farmers and businessmen to engage particularly in sheep fattening and poultry farming because it is very important to the socio-economic development of The Gambia.

“If cashew farmers are able to form an association, which will help them to address some of their problems as well as to generate income by tapping some funds from donors or the government, why not the poultry or sheep fattening farmers,” he said.

Noting that poultry or sheep fattening farmers should do everything possible to form associations which will help them in addressing some of their burning issues, he added: “This takes a collective approach to maintain sustainable poultry farms.

“Poultry and sheep fattening farming should be the concern of all farmers in the sense that it is a viable venture to form, which is another gateway of earning; therefore it is not only about cultivating crops but also about diversifying farming in achieving food self-sufficiency to alleviate hunger and poverty as enshrined in the MDGs and PAGE,” said the veteran officer.

Mr Hydara further commended the women for wholeheartedly taking up the initiative, noting: “It is a clear indication that poultry or sheep fattening farmers, especially women, are committed to the attainment of food security.”

Hydara took the unique opportunity to reiterate the call of the President for people, especially the youth, to go back to the land. “That way we will cut down the high importation of foodstuffs by cultivating what we eat and eat what we grow. Apart from the wealth in farming we all know that it creates food, employment among others for people.”

He implored all the young people of this country to take farming seriously and youth groups to also partake in agriculture while appealing to the authorities responsible to ensure that adequate materials to enhance the farming sector are in place and on time for timely cultivation.

Mr Hydara said plans are underway to expand his mixed farming to be able to meet the market demand from the lodges and the community of Janjangbureh and within the catchment areas, but he is stuck with limited material resources and therefore seeks support. 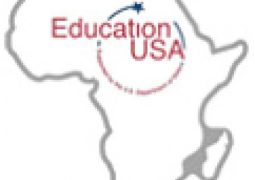 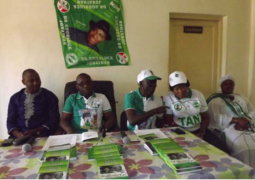