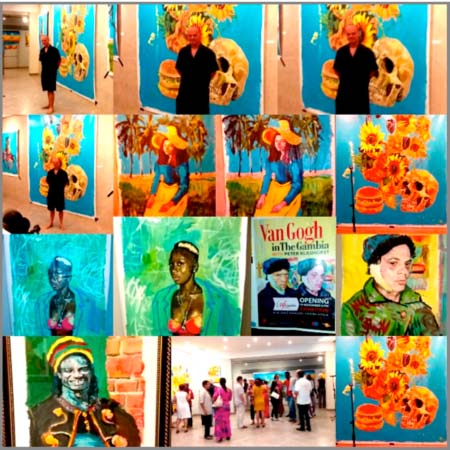 The prestigious Netherland based trademark Van Gogh held its premier exhibition in The Gambia on Friday 18 November 2016, at the Alliance Francaise Gambia, Kairaba Avenue.

The art display was the first of its kind exhibited by Van Gogh in The Gambia, courtesy of Peter Klashorst and Ngala Lodge.

The painting trademark is named after its founder and renowned historic painter Vincent Van Gogh, who like Peter was also born in the land of Rembrandt.

During this period, a new art movement arose in Europe namely, ‘’The New Wild ones’’, Klashorst became one of its leading personalities.

In 1987, klashorst was one of the initiators of ‘’After Nature’’, an international art collection that aimed at reinventing painting and bringing art back to society and taking it out of the official highbrow art world.

His paintings are not just about the pictures produced, but the seeking of an answer to the formal question on how to create the world.

Peter is one of few who have the talent to both paint as a master and show their soul by recklessly and without any compromise mingle life and work.

At the moment, Peter is all over travelling to all parts over the world getting his energy from people around.

In a brief interview with The Point, Peter Klashorst said his artwork displayed in the country was inspired by the beauty and culture of The Gambia and its people.

He thanked his friends at Ngala Lodge for inviting him to The Gambia to showcase his numerous artworks.

Mr Klashorst encouraged the youth of The Gambia to be inspired to start exploiting their talents in the art field. 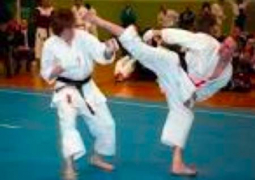